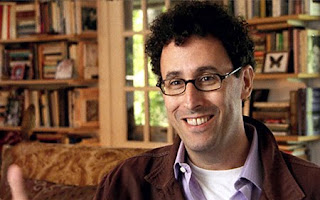 As someone who feels a connection to Israel and admires playwright Tony Kushner, I think it's shameful that the City University of New York's Board of Trustees vetoed a proposal by John Jay College to award him an honorary degree.

First, the way the board reached its decision was reprehensible. Members let one trustee, Jeffrey S. Wiesenfeld, make unsubstantiated claims that Kushner had disparaged Israel, using quotes taken out of context that distort his views.

There was no attempt by the other trustees to contact Kushner or verify the information independently, or even to discuss whether there should be a litmus test on Israel when awarding an honorary degree. They allowed Wiesenfeld to hijack the proceedings and voted. That's not how representatives of an institution dedicated to reasoned discourse should operate.

But there's something that troubles me even more. I find it embarrassing when my fellow American Jews try to "defend" Israel by silencing anything they perceive as criticism. It's misguided and, quite frankly, offensive to Israelis. I understand the need to speak up when Israel is unfairly maligned but knee-jerk reactions aren't helpful.

I lived in Israel for a year, from 1997 to 1998. One of the things I admire about the country is that despite the constant threat of terrorism, despite being at war for all 63 years of its existence, it is a robust democracy with the freedom to express every imaginable viewpoint.

I think that American Jews don't realize the raucousness of debate in Israel. I remember going to a peace rally in Tel Aviv and being incredulous that the crowd booed Natan Sharansky, a representative of the Likud government. Booing Sharansky, the man who languished in a Soviet prison camp for the "crime" of wanting to immigrate to Israel?

The idea of American Jews criticizing Israel is always delicate. We don't live there, we don't face the same dangers. If Kushner and I were to talk about Israel we wouldn't be in total agreement but we'd have a good debate. It would start from a place of mutual respect for each other and for Israel's right to exist.

I realize that not every American Jew views Israel the same way I do. Some have questions or reservations similar to the ones raised by Kushner. That doesn't make them extremists. That doesn't mean they should be ostracized. If, as Jews, we are a family then we should be able to talk openly and honestly with each other about the past, present and future.

Well, Tony Kushner can defend himself. Here's part of his letter to the CUNY board:

"I am very proud of being Jewish, and discussing this issue publicly has been hard; but I believe in the absolute good of public debate, and I feel that silence on the part of Jews who have questions is injurious to the life of the Jewish people. My opinion about the wisdom of the creation of a Jewish state has never been expressed in any form without a strong statement of support for Israel’s right to exist, and my ardent wish that it continue to do so, something Mr Wiesenfeld conveniently left out of his remarks."

(Update: according to The New York Times, the executive committee of the CUNY board met Monday evening and approved granting Kushner an honorary degree. The Times says it's not clear whether Kushner will accept but I hope he does.)
Posted by Esther at 12:45 AM

I applaude your sentiments.

Have you read "The Finkler Question" by Howard Jacobson? I found this a brilliant satire about Jewishness.

Thanks so much for the comment! I haven't read The Finkler Question but I've heard it's pretty funny. I'll have to check it out.