Some thoughts on the 2012 Tony Awards 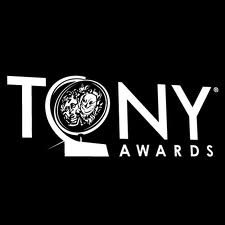 Watching the Tony Awards last night made me so happy that I braved a storm to see The Gershwins' Porgy & Bess before it came to Broadway, that Trinity Rep snagged Clybourne Park for a 300-seat theatre and that I set aside my qualms about movie-to-musical adaptations for Once.

In other words, I'm pretty happy about the winners, especially Once, which is the most unique and captivating new musical I've seen in years. It's the one show I've been recommending whenever someone asks me what to see on Broadway.

And the speeches from the winners seemed especially heartfelt and emotional. I was tearing up hearing Tony winner for Once Steve Kazee talk about his mother, who passed away from cancer on Easter Sunday. Anyone who's lost a parent knows how he felt.

I'm not sure whether Stephen Sondheim's angry letter to The New York Times cost the Follies revival a Tony win. I think most voters would be professional enough to judge the show on its merits. But a cast and creative team work so hard and it's such a tough business. I'm sure Sondheim's criticism of a musical he hadn't seen must have stung.

The one show I haven't seen that came across especially well was the British comedy One Man, Two Guvnors. James Corden's acceptance speech was hilarious, even though it was largely recycled from the Drama Desk Awards. And the scene they showed from the play: Who knew someone hitting himself in the head with a trash can lid could be so funny?!

Despite Tony wins for Michael McGrath and Judy Kaye, I'm still not interested in Nice Work If You Can Get It. Maybe if Matthew Broderick hadn't looked so tired and as my friend Tapeworthy said, gotten a better haircut, the musical number from the show would have been more exciting. Where have you gone, Ferris Bueller?

This comment from Alan Menken, who with Jack Feldman won Best Score for Newsies, was interesting: "We really owe it to the generation of kids who adopted this movie and insisted that it be brought to the stage." Before VCRs and cable channels like the Disney Channel, seeing your favorite movie over and over again wouldn't have been possible. And Menken is so close to an EGOT. Get that man an Emmy, stat!

As a show, the Tony Awards were just ok. Host Neil Patrick Harris was his usual charming and witty self. If you're interested and you've seen the plays and musicals, you'll tune in. If not, you won't. For me the best part was tweeting along with my fellow theatre fans. They made watching it at home alone on the couch a lot more enjoyable!

The one misstep was including a snippet of Hairspray performed live from the Royal Caribbean liner Oasis of the Seas. This is supposed to be a night to recognize the best in American theatre and that was underwhelming. Although I was impressed by the enormous size of the ship's theatre.

I'm sure the American Theatre Wing and the Broadway League were under a lot of pressure from CBS to include it. I wish they had stood their ground and made Royal Caribbean buy a commercial in a regular commercial slot instead of disguising it as part of the show. Besides, if I were interested in taking a cruise, I'd want to see more of the ship.

And the one thing I hate about all awards shows is how the camera is fixed on the nominees, to get their reaction as a winner is announced. I always avert my eyes. I just can't watch. It seems so cruel.

But regardless of who brought home a Tony, I loved all of the nominated performances I saw this season. You can find the complete list of winners here.
Posted by Esther at 12:48 PM

Yah, Matthew Broderick is in a totally different musical, tho it's a fascinating performance to watch.

He looks good in his Playbill headshot!