Truth and truthiness in theatre marketing 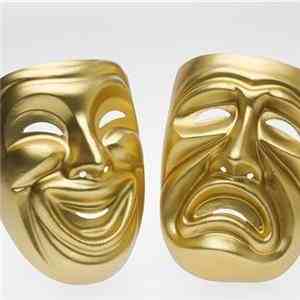 Theatre companies love me - they call, they write all the time. I know it's because they miss me and they really, really want to see me again but some of the lines they use to lure me back are, shall we say, heightened for dramatic effect.

Here are a few recent examples of marketing pitches. While some are inaccurate, others exist in that gray area between truth and truthiness. They're anonymous because I don't want to pick on any one theatre company. I saw the Broadway musical Curtains, so I know it's a business.

We're giving you an early chance to get the very best seats to this Broadway hit before the general public.

I was excited when I got this e-mail and immediately went to the theatre's website to buy a ticket. Just one problem: their definition of "very best seats" seems restricted to the last three rows of the orchestra or to the far left and right sides. There was nothing closer on any day I checked. It's possible everything else is sold out but I think I'll wait before buying my ticket.

Wow, look at the lineup of Tony winners! Except that Sister Act, while it was nominated, didn't win any Tonys. The awards for Catch Me If You Can and Million Dollar Quartet went to Norbert Leo Butz and Levi Kreis - actors who, to the best of my knowledge, aren't going on tour with the musicals. At least they got Best Musical Memphis and Best Play War Horse right.

Don't miss the the last three performances of what the NY Times calls a "fearless" play that "breaks the mold."

When I read that I thought one of the Times' theatre critics saw the play and reviewed it. Wrong! The quotes come from a physician who writes for a Times wellness blog. She saw the medical-themed play and loved it. But is it fair to translate her rave into an endorsement from The New York Times, the same as if critics Ben Brantley or Charles Isherwood had written a review? I'm not sure.
Posted by Esther at 10:30 AM

Wow, that is rather shoddy marketing. I always find it amusing when shows go on "This is a Tony Award winner!" and it turns out the show won for scenic design or orchestration.

Judging from ads I see in Chicago, I think that theater companies and producers are becoming more desperate for pullquotes and tend to hide whom the quote is from to make it seem more legitimate, as what likely happened with that Times wellness blog quote.

I don't blame shows for trying, which is why I'm amused rather than angered by these examples. Everyone tries to get away with what they can and hope people won't realize what's going on.

I think I just notice it more from theatre companies because I'm on all these mailing lists and I see their Facebook pages, etc. With most other marketing I'm not usually interested in the product so I barely pay attention.

Sometimes the hyperbole is actually true. I got one of those "get the best seats now before seats go on sale to the public" e-mails for "Peter and the Starcatcher." I responded and got a lovely premium seat dead center in the 3rd row for the price of a regular orchestra seat. I was pretty happy since the whole "premium seat" concept has pretty much consigned me to rear orchestra and mezzanine for the last ten years. Prior to "The Producers" I spent most of my theatergoing life 6th row on the aisle.

You're absolutely right. I forgot about Peter and the Starcatcher. I bought my ticket after getting that e-mail, too. In that case, it really was a great seat! Yes, sometimes it does work out. I should save up these examples for another blog post on absolutely truthful marketing claims. :-)

I got an email touting cheap seats to Evita, the "smash-hit" Broadway revival. Way down at the bottom of the email, they happened to mention that Ricky Martin would be on vacation for all of the featured performances. I mean, I know they can't say, "Now that Ricky's out, you might be able to get tickets," but the willful omission made my eyebrow arch.

Wow, kind of sneaky! And a good reminder to always read the fine print. No one likes to shell out the kind of money you pay for a Broadway ticket and then feel deceived. Not the way to build an audience.