Sitting down and making history 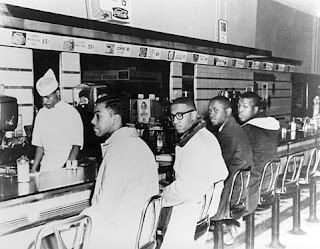 I can't let this day go by without noting a milestone. Fifty years ago today, on Feb. 1, 1960, four black college students sat down at a Woolworth's lunch counter in Greensboro, N.C., and refused to leave until they were served.

That quiet, dignified act helped spark similar protests across the United States. "They spread to Nashville, Atlanta, Miami, Durham, N.C., and Little Rock, Ark.," says historian Andrew Lewis. "More than 70 cities and towns in eight weeks. By summer, more than 50,000 people had taken part in one." 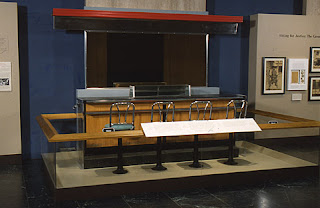 The lunch counter was desegregated on July 25, 1960. (You can see a section of it at the Smithsonian's National Museum of American History, which is my favorite museum in the world.)

Sit-ins became part of a movement that helped make this country a more just, more equal and better place. "Greensboro was the pivot that turned the history of America around," says historian Bill Chafe, of Duke University.

Today, the International Civil Rights Center & Museum is opening in Greensboro, at the site of that Woolworths. Here's a review of the museum from The New York Times. 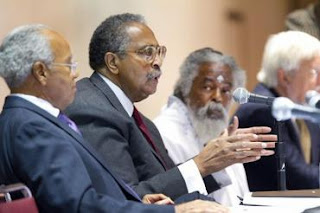 And here's an interview from the Greensboro News & Record with the three survivors of the Greensboro sit-in: Joseph McNeil, Franklin McCain and Jibreel Khazan (formerly Ezell Blair Jr.) The fourth, David Richmond, died in 1990.

For me, one of the most interesting aspects of the civil-rights movement is the extent to which it was a movement of young people - blacks who took part in the marches and sit-ins and freedom rides, whites who came to the South to register voters.

McNeil says of those who joined the protests in the 1960s, “They didn’t come back and say, 'What’s in it for me?’ That’s something we hear a lot of today. People gave of their lives, their time and their money.”

It's difficult today to imagine how much courage it took those four young men to act. They faced arrest, physical violence, expulsion from college, the disapproval of their families.

But it was liberating, too. "The best feeling of my life," McCain said, was "sitting on that dumb stool."
Posted by Esther at 8:45 AM