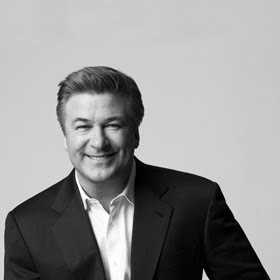 This weekend 30 Rock's Alec Baldwin will try out a new gig, substituting for Kurt Andersen as the guest host of Studio 360, which happens to be one of my favorite radio programs.
Among Baldwin's guests will be actress Laura Linney, who ends her Broadway run Saturday as a scarred war photographer in the play Time Stands Still, by Donald Margulies.
Update: Here's Baldwin's interview with Laura Linney. I think he did a great job. They should have him on again!
Studio 360 is an hourlong arts and culture show out of New York City that's been on the air since 2000. Here's a list of stations that run the program, usually on Saturday or Sunday. You can also listen at the Web site or download it as a podcast.
Andersen, a novelist, often interviews people connected with the theatre. And I highly recommend his series on American icons, examining The Wizard of Oz, Superman and the Lincoln Memorial, among other cultural touchstones.

Here's an interview he did with Bill T. Jones, director and choreographer of the Broadway musical Fela!
Posted by Esther at 12:30 AM