Even though Superior Donuts closed on Broadway in January it's great to see one of the play's stars, Jon Michael Hill, get some recognition. He was nominated today for The Drama League's Distinguished Performance Award. 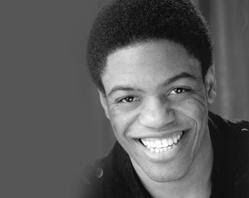 It seems Hill's next role will be on the small screen. He's filming a pilot for ABC called Detroit 1-8-7. And adding to my excitement, it stars another one of my favorite actors, Michael Imperioli, who played Christopher Molitsanti on The Sopranos.

"What does it take to be a detective on America's most dangerous streets? Get ready to be part of the action when a documentary crew rolls with some of Detroit's finest. The cameras give us an inside view of the homicide unit, capturing the professional crises, as well as the raw personal heartbreak and heroism of these inner-city cops." 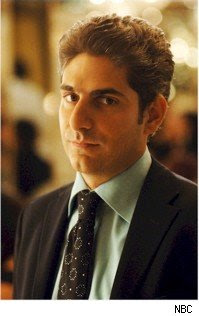 Imperioli plays Detective Louis Fitch, a hot-tempered veteran with an impeccable record for closing cases. Hill is his new partner, Detective Damon Washington who, in addition to the pressure of his first day working in homicide, is also about to become a father for the first time.

And for some reason, the pilot was filmed not in Detroit but in Atlanta. (If you're wondering about the title, 187 is the police code for murder.)

Truthfully, I'm not a big fan of cop dramas. But I am a big fan of Imperioli from The Sopranos. I think his presence will draw some viewers, at least in the beginning. And I absolutely loved Hill in his Broadway debut in Superior Donuts.

I'm happy that Hill has this chance and more people will get to see this talented young actor. He joins a distinguished list of Steppenwolf Theatre Company members who move among theatre, television and movies.

Like them, hopefully he'll be back on stage soon. In the meantime, I'm looking forward to seeing him on TV.

Update: It's official! The series is on ABC's fall schedule and will air Tuesdays at 10 p.m. Here's a picture of the cast: 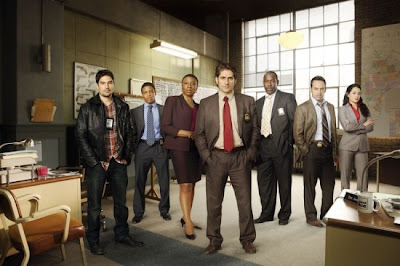