When I read that Branford Marsalis was composing music for the Broadway revival of August Wilson's play Fences my initial reaction was: Why?

I saw a production of Fences last fall at the Huntington Theatre Company in Boston and it was terrific. But it's not a play in which music plays a big role.
Plus, isn't Marsalis, a Grammy-winning saxophone player, primarily known as a jazz musician? Is jazz even the right music for this play? 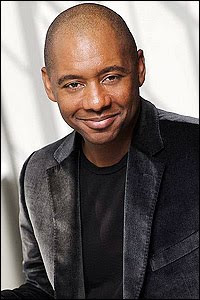 Hartford Courant theatre critic Frank Rizzo thinks more highly of the idea than I do. He wrote in his blog Behind the Curtain: "Any way to bring in talents from outside the immediate theater community is to be applauded. It's a great way to stimulate the art and attract new artists and audiences."

Okay, Rizzo makes a good point. I'm all for attracting new artists to the theatre - if their participation makes sense. In this case, I'm not sure it does. While one of the characters in Fences is a musician, he's only in a few scenes and tangential to the plot.

As for attracting an audience, the 1950s-set Fences cast already has ample star power in Denzel Washington and Viola Davis. Washington will play Troy Maxson, a Pittsburgh garbage collector and former Negro League baseball player, and Davis will portray his long-suffering wife, Rose.
I just can't see fans of Branford Marsalis suddenly thinking they need to check it out when they wouldn't have been interested otherwise. It's not a concert or a musical.

For his part, Marsalis said "I look forward to the challenge of creating music that not only complements their performances, but enhances the experience for those sitting in the theater."

See, that's the thing. When I saw Fences, I didn't feel that my experience needed any enhancing. To me, Wilson's characters and storytelling in this Pulitzer Prize-winning play were compelling enough.
I wish Marsalis well and hope this works. But I wish director Kenny Leon, who also helmed Huntington's Fences, had let the powerful words of the late August Wilson stand on their own.
Fences begins previews April 14 at the Cort Theatre in a strictly limited 13-week engagement.
Posted by Esther at 12:15 AM

Having now seen the production, Marsalis' interstitial music served the production well allowing for brief moments when the stage went dark to remain vibrant. His music did nothing to diminish August Wilson's words, in my humble opinion.

Thanks for the firsthand report Steve. That's good to know!