A Broadway show pulls the plug 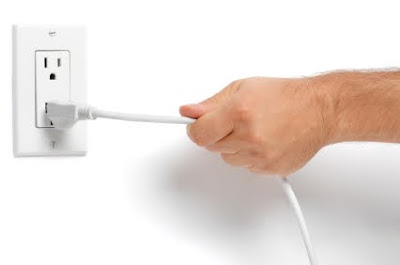 If you go to the Facebook page for the Broadway play Elling you'll find some people who are extremely disappointed that it's closing on Sunday, only a week after opening night. They had tickets for later in what was advertised as a 20-week run.

Here are two examples, the first from England and the second from Australia:

"If this is true can we have a valid explanation as to why since I have booked my flights and hotel and I am traveling from England to see this. It's one hell of a waste of money if the play has closed. Incidentally, it is money I can ill afford to lose. I am not a happy Brendan [Fraser] fan at present."

"I'm shattered about the news of it's closure. Was only going to the US to see the show. I had no idea that shows close all the time, as someone on this board said previously. All booked & paid for. I don't want to go now."

According to the most recent statistics from The Broadway League, in the 2008-2009 season international visitors accounted for 21 percent of the 12.15 million Broadway admissions - the highest ever. Overall, tourists accounted for 63 percent of all ticket purchases.

I'm not sure what, if anything, can be done. The producers are under no obligation to keep open a play or musical that's losing money. The average paid admission for Elling last week was $22.03 and it only took in $145,070. 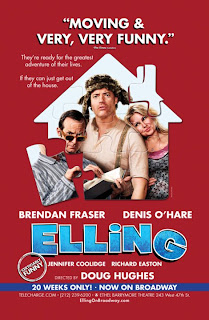 The problem is, something like this hurts the Broadway brand, as well as all of the other businesses in Times Square that rely on tourist dollars.

Perhaps there ought to be a little truth-in-advertising when you buy a ticket, stating in big, bold type that there's no guarantee how long the show will run or whether the actor you came to see will be in it that day.

I know to a lot of theatre fans, that's obvious. Of course you realize the producers can pull the plug at any time. An actor can go on vacation or become ill.

But clearly, some people don't know. If you look at the marketing material for Elling, it says: "20 weeks only. Now on Broadway." If you're a Brendan Fraser fan in England or Australia, you probably think it'll be there for 20 weeks.

So, what will those disappointed fans in England and Australia tell all of their friends, family, neighbors and coworkers about their experience? My guess is they won't have much that's good to say.

I hope they decide to see something else on their trip to New York City but I'm not optimistic. I bet they'll think twice about ever buying another ticket to a Broadway show. The Great White Way has lost some goodwill.
Posted by Esther at 9:30 AM