Summing up my 2010-2011 theatre season: Keep the shouting to a minimum 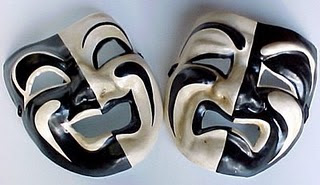 I finally managed to post the last review of my 2010-2011 theatre season - a month after the show closed but who's counting.

So, just a few observations:

Labels: Born Yesterday, Catch Me If You Can, Lombardi, Playwrights Horizons, Signature Theatre, The Motherf**ker with the Hat, The Normal Heart, The Shaggs

I love your wrap up! Especially your comment about Judith Light. A brilliant performance of grace, dignity and nuance. The perfect counterpart to co-star, Dan Lauria. In his defense, though, he was doing a pretty fair immitation of Vince Lombardi, who was all bluster all the time, even at home. (It drove his son away...)

You need to see a show at the Little Shubert. The BEST theatre and theatre seats in Manhattan, bar none. And it is just three doors down from Playwrights Horizons!

Yeah, good point about Lauria - I guess that pretty much was Lombardi in real life!

There was so much to Judith Light's character. I really wish the play had been about Mrs. Lombardi. She just seemed more interesting.

I saw the Little Shubert when I went to Playwrights Horizons but I haven't been inside. I'll put it on my list now that I know the seats are so comfy!