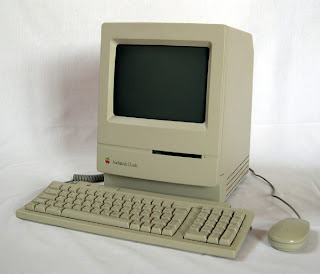 I was so sad to hear that Steve Jobs is resigning as CEO of Apple, above all for what it may mean about his health. Jobs, 56, has been fighting pancreatic cancer for years and had a liver transplant in 2009. He's been on medical leave since January.

In his resignation letter, he stated "I have always said if there ever came a day when I could no longer meet my duties and expectations as Apple’s CEO, I would be the first to let you know. Unfortunately, that day has come."

I bought my first Mac in December 1990, when the company's market share was in the single digits. There were no shiny Apple stores where you could check your e-mail and play with the newest toys. If you wanted software or accessories, you had to order them by mail.

At the time, I probably didn't really need a personal computer. There wasn't much you could do with one except play games and use it as as word processor. Online services like Prodigy let you send e-mail -- to other people on Prodigy.

But I'd just finished a freelance writing assignment and figured if I got more, I didn't want to keep banging them out on an electric typewriter. It was years before I did any more freelance writing but since then, I've had six Apple computers. 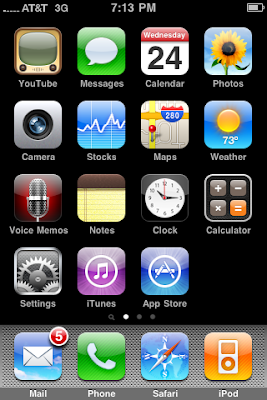 This year, another device that I never thought I would need came close to well, if it didn't actually save my life it definitely preserved my sanity.

For a couple of weeks when I was pretty much housebound -- without an Internet connection or cable TV -- my iPhone was my connection to the outside world.

I've been thinking of all the ways I used it -- keeping in touch via e-mail, checking up on Facebook and Twitter, reading The New York Times and listening to music and podcasts. I even used my Netflix app to stream the first season of Parks and Recreation.

I think that's part of the genius of Apple -- to come up with products you never think you'll want and then once you have them, you can't imagine ever living without them. I mean, why would I need to carry around what's basically a mini computer? But it's my favorite Apple gadget of all.

For a brief period last month, Apple became the most valuable company in the world in terms of market capitalization. That's an incredible accomplishment compared with where it was back in the 1990s.

I wish Steve Jobs the best. In his letter, he said that Apple's brightest and most innovative days are ahead and he looks forward to contributing in a new role. I'm sure they are and I hope that he does.