When it comes to theatre, I like to think ahead. And what has me dreaming currently is the 2010-2011 season from Boston's Lyric Stage Company. I saw Follies there in 2009 and really enjoyed it.

Located on the second floor of a YMCA, the Lyric is an intimate space with about 240 seats on three sides of the stage. 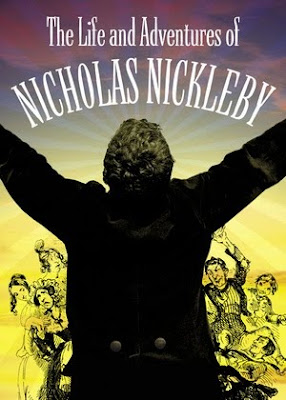 There are several shows in the lineup I'd love to see, including the play My Name is Asher Lev, based on the novel by Chaim Potok, and the musical Animal Crackers, by George S. Kaufman and Morrie Ryskind.

But what truly has me salivating is the adaptation of Charles Dickens' The Life and Adventures of Nicholas Nickleby from Oct. 21-Dec. 19

I love epic stories and at two parts totaling 6 1/2 hours, with a cast of 25 playing 150 characters, I think this would qualify.

"As with any play, the strength of the story is in how we relate to it. Though the events take place in 1830’s England, parallels to our contemporary world are clear. Thoughts and concerns of money, family, and morals are everywhere – just as they were 180 years ago."

It's the largest production in the theatre's 37-year history and is being sponsored in part by a grant from the National Endowment for the Arts. The Lyric has set up a backstage blog, which I'll be following.

Whether or not I get to see it, I think it's great that the Lyric Stage is tackling something so ambitious.
Posted by Esther at 7:30 PM

I saw Coast of Utopia all in one day at Lincoln Center, and it was a fascinating experience. I went by myself, so I didn't have to chat with anyone during the two breaks.

If I go to Nicholas Nickleby, I'll go a day they are doing both parts with a dinner break. Dec 1 looks inviting so far. If you decide to do that, let me know when you are going and we can have dinner.

Hi Kathy, thanks so much for the kind offer. I wish I could join you but unfortunately, evening performances in Boston are practically impossible for me. If I get to go, it'll probably be on two matinees.

I missed Coast of Utopia but I saw The Norman Conquests trilogy last summer and absolutely loved it. The 7 1/2 hours flew by.