It's cold, it's snowy and icy, it gets dark early. What better way to keep my spirits up than to look ahead. These are the Broadway and off-Broadway shows I'm most excited about seeing this spring. Of course I hope to see more but if I had to pick ...

Catch Me If You Can

I liked the movie, with Leonardo DiCaprio as con man Frank Abagnale Jr. But the main attraction is the score. Hairspray is one of my favorite musicals so I want to check out the next show from Marc Shaiman and Scott Wittman.

Priscilla, Queen of the Desert

I enjoyed the Australian movie, about three drag queens traveling across the Outback. It's poignant story about a journey, and who doesn't look forward to a road trip? Plus, there will be an actual bus onstage.

How to Succeed in Business Without Really Trying

I thought Daniel Radcliffe was so compelling in a dramatic role in Equus. I actually enjoyed him more onstage than in the Harry Potter movies. So I'm curious to see how he'll handle musical comedy. And he looks so cute in that blue bow tie!

I've watched a trailer from Britain's National Theatre and I'm quite taken with the lifelike horse puppets. The story, about a boy's search for his beloved horse amid the trenches of World War I, sounds compelling.

The revival of John Guare's play, which takes place on one eventful day in New York City in 1965, features Edie Falco and Ben Stiller. Of all the actors appearing on Broadway this spring, they are the two I'm looking forward to the most. Plus, it's directed by David Cromer and I think his work is brilliant.

I love Mark Rylance after La Bete and I've heard he's terrific in Jerusalem, too. The Guardian wonders whether Jez Butterworth's 3-hour play will be too British for Americans. I'm willing to give it a try. And I've been to the original Jerusalem, so I'm intrigued to see if I'll get the connection.

It's tougher to come up with an off-Broadway list. There are so many more shows and some of my choices may have opened and closed by the time I get to New York. But realistically, here are three I'd love to see and I have a good chance of catching: 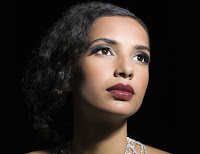 By the way, Meet Vera Stark

It's a new play by Lynn Nottage, who wrote the Pulitzer-winning Ruined. Plus, from the description it sounds like such an interesting story: A seventy-year journey into the life of Vera Stark, a headstrong African-American maid and budding actress, and her tangled relationship with her boss, a white Hollywood star desperately grasping to hold onto her career.

In Sharr White's play, Laurie Metcalf portrays a medical researcher working on a treatment for Alzheimer's whose life takes a disorienting turn. Metcalf is the draw for me. I first saw her as Kate Jerome in Brighton Beach Memoirs in 2009 and I thought she gave an amazing performance in the short-lived revival. She's an actress I would see in anything, if I had the chance. 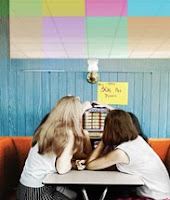 The Shaggs: Philosophy of the World

A father in New Hampshire in the 1970s forces his three daughters to form a rock 'n' roll band as a way to climb out of poverty. They're not very talented but they end up becoming a cult favorite before fading into obscurity. I know it sounds a little bizarre but the musical is based on a true story. And I'm intrigued.
Posted by Esther at 12:05 AM

Labels: Catch Me If You Can, House of Blue Leaves, How to Succeed in Business, Jerusalem, Meet Vera Stark, Other Place, Priscilla, The Shaggs, War Horse

i agree with your musical choices, but add these reasons: aaron tveit (absolutely brilliant in next to normal and robbed of a tony nom), will swenson (loved him as berger in hair), and michael park (from my dear departed soap, as the world turns). looks like it's going to be a good year!

Hey Jill, thanks for the comment! Yeah, it does look like great spring. There are others I didn't even mention, like Anything Goes, Bengal Tiger in the Baghdad Zoo. Probably would have been easier for me to say which shows I "don't" want to see. It would be a short list!

Unfortunately I missed Aaron in Next to Normal. (I saw Kyle Dean Massey, who I thought was terrific). But I'm looking forward to catching up with him in Catch Me If You Can. And of course I love Will Swenson from Hair, too. It's one of my favorite musicals.

Priscilla was here before heading to NY and it was more than a busload of fun. How could it not be? Disco and drag queens aplenty!

Thank-you so much Dale. Wish I could see Priscilla but it might be awhile before I get to New York again. I'll just have to live vicariously through my friends' adventures!