In memory of Clarence "The Big Man" Clemons

I can't believe Clarence Clemons has passed away, at age 69.

I didn't really get into music until college but it was a great time to become a fan of Bruce Springsteen and the E Street Band, which I did thanks to my friend Dan Kennedy.

This was a few years after Born to Run and just before Darkness on the Edge of Town, so there was a tremendous sense of anticipation. The double-LP The River is my favorite from that era. I remember listening to it on my combination turntable, eight-track player.

Of course, it was several years before I got a chance to see the band onstage. In those pre-MTV, pre-YouTube days, there were no videos or concert footage. All you had were the albums and maybe some bootlegs. 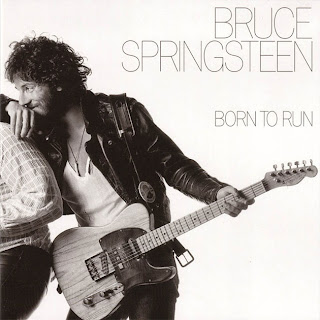 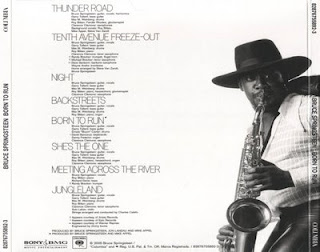 But friends of mine, including Dan, had seen Springsteen perform. I'd heard stories about how unforgettable his concerts were, including the banter between Bruce and "The Big Man," saxophonist Clarence Clemons.

I finally got my chance in 1984 in Hartford, Conn., when Springsteen and the E Street Band toured after Born in the U.S.A. came out. I remember Bruce told the story, with great theatricality, about the night he and Clarence met, at a bar in Asbury Park, N.J.

The concert was thrilling - everything I thought it would be. I had another chance to see Springsteen several years later, in Syracuse. I don't think it's much of a stretch to say that I'll probably never fall in love with a rock 'n' roll band the same way again.

Clemons' saxophone solos were such a well, big, part of making Springsteen's sound unique. I also loved his duet with Jackson Browne, "You're a Friend of Mine." You can listen to it here. My condolences to Clemons' friends and family and to his E Street family. Here's the New York Times obituary and here's the statement from Bruce Springsteen's official website:

It is with overwhelming sadness that we inform our friends and fans that at 7:00 tonight, Saturday, June 18, our beloved friend and bandmate, Clarence Clemons passed away. The cause was complications from his stroke of last Sunday, June 12th.

Clarence lived a wonderful life. He carried within him a love of people that made them love him. He created a wondrous and extended family. He loved the saxophone, loved our fans and gave everything he had every night he stepped on stage. His loss is immeasurable and we are honored and thankful to have known him and had the opportunity to stand beside him for nearly forty years.

He was my great friend, my partner, and with Clarence at my side, my band and I were able to tell a story far deeper than those simply contained in our music. His life, his memory, and his love will live on in that story and in our band.