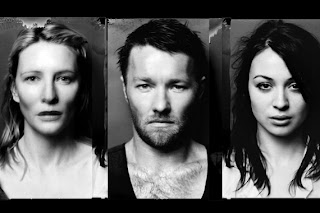 Twelve slots. If I'm lucky and the weather cooperates, that's the number of performances I'll be able to attend in New York City this fall.

To theatergoers who live a lot farther from Times Square than I do, that might seem heavenly. And it is pretty sweet. Then there are people who want to know, "Haven't you seen everything on Broadway already?" (Uh no, I haven't. But thanks for asking.)

So, I pored over the listings in the New York Times' exhaustive fall theatre preview, and here are some of the shows on my off-Broadway wish list:

The Understudy, with Tony-winner Julie White, at the Laura Pels Theatre. I just think Julie White is hilarious. Plus, Theresa Rebeck's play is a "bitingly funny look at the underbelly of the acting world," and I like backstage stories.

Starry Messenger, by Kenneth Lonergan, at The New Group. It features Matthew Broderick and Catalina Sandino Moreno as an astronomer and a single mother. I've loved Broderick ever since the 1983 movie War Games. And Moreno gave a wrenching, Oscar-nominated performance as a young drug mule in the 2004 film Maria Full of Grace.

The Orphans' Home Cycle, by Horton Foote, at the Signature Theatre. Last fall, I saw Foote's Dividing the Estate on Broadway, with a cast that included his daughter, Hallie Foote. She was terrific and I really enjoyed the play. Foote was adapting the nine-play Cycle into three parts when he died in March. It would be great to see more of his work and see his talented daughter on stage again.

A Streetcar Named Desire at the Brooklyn Academy of Music. I'd gladly make a trek from Manhattan to see Cate Blanchett as Blanche DuBois in this classic Tennessee Williams play. (Check out those pictures from the BAM Web site. Don't Cate and her Sydney Theatre Company costars Joel Edgerton and Robin McLeavy look intense!)

But the most intriguing plot description in the Times' listings: Romeo and Juliet, presented by the Nature Theater of Oklahoma. "Members of the troupe called people on the phone and asked them to recount from memory the plot of the Shakespearean tragedy of young love gone wrong. This version is the result."
Posted by Esther at 8:45 AM

Ha, i just emailed my friends in Brooklyn to tell them to get Streetcar tickets today (on sale to Bam members today. public next week).

And yah, i think Understudy and Starry Messenger are on my list (as well as 2 Unrelated David Mamet Plays) (and had JUST updated my Stageworthy - Shows I Want to see list this past weekend with them too!) but that Romeo & Juliet sounds intriguing now that I hear how they did it!

Well I included Romeo & Juliet because I thought it sounded funny but someone I follow on Twitter said she saw a different production by the Nature Theater of Oklahoma and it was quite good!