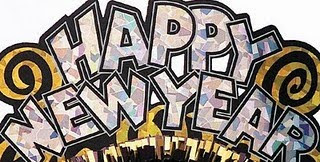 Musicals from 1961 include Frank Loesser's How to Succeed In Business Without Really Trying, Jerry Herman's Milk and Honey, Bob Merrill's Carnival!, Johnny Burke's Donnybrook!, and Comden and Green's Subways are for Sleeping.

Among the year's plays were Robert Bolt's A Man for All Seasons, Neil Simon's Come Blow Your Horn, Jean Kerr's Mary, Mary, Ossie Davis' Purlie Victorious, Henry and Phoebe Ephron's Take Her, She's Mine and Harold Pinter's The Caretaker.

Tennessee Williams' The Night of the Iguana featured Bette Davis in her final Broadway role. William Shatner appeared in A Shot in the Dark before he went on to boldly go where no one had gone before. And Dustin Hoffman made his Broadway debut, in The Cook for Mr. General, six years before starring in one of my favorite movies, The Graduate.

Three plays opened and closed on the same night: The Garden of Sweets, set in a Greek-American candy store and ice cream parlor in a city on the Great Lakes; Julia, Jake and Uncle Joe, which took place in a New York apartment, a Moscow hotel room, the office of the American ambassador and the Kremlin; and Once There Was a Russian, set in 1787, in Potemkin's study in a small Crimean palace on the sea.

One show from 1961 that became a hit is on my must-see list for 2011: the revival of How to Succeed in Business, with Daniel Radcliffe taking on the role created by Robert Morse. Radcliffe was compelling in his Broadway debut in Equus and I'm looking forward to seeing him in a musical.

Wherever you are I hope your 2011 is happy, healthy and filled with great theatre and as always, thank-you for stopping by.

Labels: Broadway, Daniel Radcliffe, How to Succeed in Business