In New York, an exhilarating vote for gay marriage 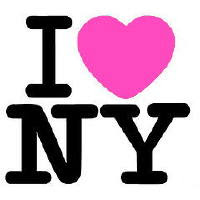 Despite a lifetime of reading about the civil-rights movement, nothing prepared me for how I'd feel on Friday night during an actual civil-rights victory. I was in New York City when the state Senate voted to legalize gay marriage and in a word, I felt exhilarated.

I'd been checking my Twitter feed all afternoon on the train to New York and before seeing Tony Kusnher's The Illusion, at the Signature Theatre. At intermission, the Senate still hadn't voted.

Well after the play, even before I could turn my iPhone back on, the theatre was buzzing with the news that gay marriage had passed. I heard it standing in line in the ladies room, from women who probably ranged in age from their 70s to their 20s and who were equally elated.

I was excited in 2004 when same-sex marriage became legal in Massachusetts, and in 2008 when Barack Obama was elected as the first African-American president. But this was a different kind of civil-rights milestone. Because of the impact it will have on my friends, it felt more personal.

In The New York Times on Sunday, columnist Frank Bruni spoke for me and for just about every straight person I know when he wrote "how how common it now is for Americans to realize that they know and love people who are gay."

I know several couples in New York, people like my friends Jeff and Matt who've been together for 7 1/2 years, who now will be able to get married in the state where they live. Whatever they decide, I'm so happy that the choice is theirs.

Jeff wrote in his blog, "I'm thrilled that my state now treats me as an equal citizen." And that's how it should be. I think the world of my friends - good people, hardworking, law-abiding and taxpaying. Of course they should have all of the rights that I have. Why is there even a question about that?

On Saturday, I went down to Greenwich Village where preparations were under way for Sunday's Gay Pride Parade, and it felt joyous.

I walked over to the Stonewall Inn, named for the bar where the gay-rights movement was born in the wake of a police raid in 1969. There were lots of people, many with children, posing for pictures. One group held up The New York Times with its banner headline announcing the vote.

During my April trip to New York City I saw Kushner's Angels in America at the Signature, and it was unforgettable. The last scene takes place at the Bethesda Fountain in Central Park. On Sunday, I saw the towering statue of the angel of Bethesda for myself.

The play's stirring final lines are spoken by Prior Walter, a young gay man who has been living with AIDS for five years. The disease has sapped his strength but his determination to live remains strong. He says, in part, "The world only spins forward. We will be citizens. The time has come."

Thankfully in New York, for people I know and love, it has. The law takes effect on July 24.
Posted by Esther at 7:44 PM