A trio of cast changes

Was it something I said? 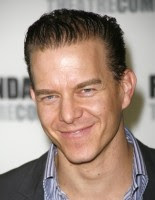 Three shows made a major cast change in midstream during the Broadway season that just ended and what do they have in common? I saw all three of them before the unexpected departure of the performer in question.

First, hoofer Christian Hoff hurt his foot on Nov. 21 and withdrew from the musical Pal Joey while the Roundabout Theatre Company revival was still in previews. 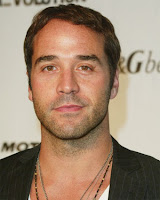 Then, in mid-December, Jeremy Piven told the producers of Speed-the-Plow that he had to leave the revival of the David Mamet play because of a high level of mercury in his body, presumably caused by eating too much fish.

And yesterday, the producers of the musical Rock of Ages announced that Amy Spanger would be leaving for "personal reasons" after being out of the show on vocal rest since the Tony Awards in early June.

I know people get hurt and I'm sure performing eight times a week can be a strain on your vocal chords. I suppose it's not unheard of that an actor has to drop out. And sometimes cast changes are made before a show starts previews or in between an out-of-town tryout and Broadway.

But still, isn't three major cast changes during the season unusual? And what are the odds that I would have seen all of them, especially since Hoff wasn't in Pal Joey for all that long and Spanger has been in and out of Rock of Ages?

Next season, I hope everyone stays healthy.
Posted by Esther at 12:15 AM

There have been more than usual this past season, but it has happened before. Madeline Kahn left "On the Twentieth Century" two months after opening in NY, allowing her understudy Judy Kaye to embark on her career as a successful leading lady.

Thanks, Kevin. I just thought it was weird that there were 3 major cast changes this season and I'd seen them all! Still wish I'd had a chance to go back and see William H. Macy in Speed-the-Plow.