Has Disney lost its Broadway magic?

Even though I wasn't interested in seeing Disney's The Little Mermaid I'm still sad that the musical is ending its run at Broadway's Lunt-Fontanne Theatre on Aug. 30. 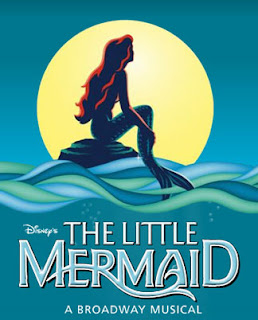 Now, I know the House of Mouse (always wanted to write that!) still has The Lion King and Mary Poppins on Broadway. Although my fellow blogger Chris Caggiano, at Everything I Know I Learned From Musicals, wonders how long Ms. Poppins will be around.

The Little Mermaid is launching a national tour in the fall of 2010 and I'm sure it'll do just fine, just like every other Disney musical and ice show. But I'm starting to wonder whether Disney Theatrical Productions has lost some of its Broadway magic - and that's not a good thing.

Since then, the results have been less than stellar. Tarzan closed in July 2007, after less than 18 months and 486 performances. The Little Mermaid will do better. It opened in November 2007 and by the end of August, will have played 735 performances.

In the PBS documentary Broadway: The American Musical, former Disney CEO Michael Eisner recounts telling then-New York Mayor Rudy Giuliani that if Disney were to come to Broadway, the area had to be made safe for families. And it was. Not just for families - for everyone.

I love walking around Manhattan during the day, then going to the theatre at night knowing I can head back to my hotel at midnight and feel perfectly safe in Times Square. That's a big reason I've been spending my tourist dollars in New York City over the past few years.

So this quote in an Associated Press story from Thomas Schumacher, president of Disney Theatrical Productions, has me a little concerned: "I don't have a new musical planned for New York right a way."

I'm not panicking. There is other family oriented fare, like Shrek. Plus, Schumacher went on to add that the next Disney show could be Peter and the Starcatchers, a prequel to Peter Pan, in the 2010-2011 Broadway season.

And I'm not saying if Disney were to leave, the peepshows and XXXX movie theatres would return to 42nd Street. Obviously New York City has a gigantic economic stake in keeping the area safe and G-rated.

And it's not just about putting butts in seats. I'm sure Disney could fill a theatre with High School Musical. Like a lot of people of my ahem, generation, the first movie I remember seeing was a Disney movie. I've enjoyed The Lion King and Mary Poppins on Broadway. It's about the wonder and the magic in the storytelling.

I think a strong Disney commitment helps ensure that Broadway appeals to as wide a range of theatergoers as possible. And that's good for everyone who loves going to Broadway.
Posted by Esther at 2:10 PM

I sure hope Disney hasn't lost its Disney Magic. I've yet to see a Disney Musical, but I really want to see Lion King, Mary Poppins and The Little Mermaid. Maybe I'll get to see Mermaid if it comes to PPAC. Here's hoping.

I actually LOVED the stage version of High School Musical so it's not a terrible pick. I've also heard wonders about the Finding Nemo show running at the park and heard it would make a good transfer (if they beef it up a bit to a full show).

I think the magic still can be there but they need to make smarter choices with directors and such.

The Lion King has played in Providence, so it may come back. It's in Boston for the 2009-10 season. Unfortunately, the Mary Poppins tour doesn't seem to be coming around here anywhere. Hopefully next year. I would definitely recommend both of them.

The Little Mermaid didn't get the best reviews but I know some people who saw it and loved it. And I would see it if it came here on tour.

Hey Vance,
I don't know what the problem is. Maybe, like you said, it's the directors. Maybe you need someone like Julie Taymor, who had this incredible, unique vision for what The Lion King could become on stage.

I was thinking about a stage version of "Enchanted" might be interesting.

Disney always has it's magic ever since the beginning. In speaking of broadway also they are quite impressive and that's the thing I like about them.

Thanks for the comment, Armil! I've seen The Lion King and Mary Poppins and loved them both. I agree - they're both wonderfully entertaining musicals. I'm looking forward to seeing what Disney does next on Broadway.