Karl Malden warned me this would happen 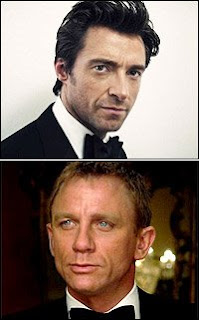 I gave up my American Express card because I didn't feel like paying the annual fee and increasingly the Broadway presale wasn't of much use, since it's tough for me to map out my theatergoing months in advance.

But I did feel a slight twinge of regret after reading about A Steady Rain, starring Hugh Jackman and Daniel Craig, which begins previews at Broadway's Schoenfeld Theatre Sept. 10 for a limited 12-week engagement.

According to Blooomberg News, I may be out of luck. The tickets will be scooped up fast when they go on sale Saturday at 8 a.m. to Amex cardholders.

(Yes, I know, what would the recently departed Karl Malden have thought. He warned me. I have no excuse.)

If there are any left over, they'll be available to the general public on July 25. But it doesn't look promising.

“I don’t think there will be a ticket available by the end of next week, and I’m being a little conservative,” said Scott Mallalieu, president of Group Sales Box Office, a Broadway ticket agency.

Actually, I'm betting he's engaging in a little hyperbole. I'm sure there'll be a few tickets available. And I only need one. Plus, I'm assuming for $301.50, I could always get a premium seat. Not that I would ever pay that much, of course. (Fingers crossed behind my back.)

Mallalieu went on to say that both men and women should be attracted to Keith Huff's two-character play. "These are two very sexy men, and male theatergoers will be attracted by the fact that it’s a drama about two cops."
Posted by Esther at 12:18 AM

Hey Esther, I hope you get a ticket. And congratulations on breaking the block!

Thanks, Kathy. I came back from New York with plenty to write about!