Making a play for Hollywood 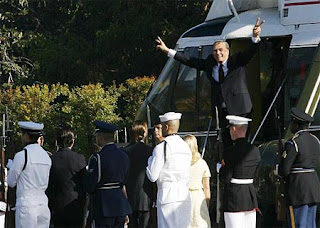 My first introduction to theatre probably came from television, from watching classic musicals when I was a kid. As an adult, movies and television have also served as my introduction to quite a few plays. So I thought this Variety article, about the process of turning a play into a movie, was pretty interesting.

John Patrick Shanley is no stranger to writing for the big screen. He won an Oscar for Moonstruck. But he says that turning Doubt into a screenplay was "the hardest thing I've ever done in my life. You ask, 'Does the play have a compelling story to tell? Is it a tone poem, or a theatrical trick that could not be replicated on film? Is it basically a character study?' Doubt on one level, is a whodunit. It has that going for it."

Playwright Tracy Letts, who's working on the screenplay of his Pulitzer and Tony-winning August: Osage County, says that part of the challenge lies in translating stage diction to screen dialog. "In plays there is a heightened theatrical quality to language. It doesn't necessarily play on film. It can sound wooden. Without de-boning it, flaying the piece, you have to find a way to translate the language. It's scalpel kind of work."

The article notes that in recent years, stage-to-screen adaptations have been underwhelming at the box office. Part of the problem, in my opinion, is that they can be hard to find at your local multiplex, which insists on putting The Dark Knight or the latest Judd Apatow comedy in six screens. That doesn't leave much room for smaller movies.

At one point, theatre was fertile ground for movies, and the Variety article wonders whether we'll see a comeback. In fact, my all-time favorite movie, Casablanca, was adapted from a play that was never produced, called Everybody Comes to Rick's.

A movie that I loved when I saw it years ago was Plenty, an adaptation of the play by David Hare. It starred Meryl Streep as an Englishwoman whose life in postwar Britain seems to pale in comparison with the war years, which she spent as a Resistance fighter. I'm not sure I even realized that it had been a play.

Part of the question has always been whether you attract established Hollywood stars or stick to the original cast. The History Boys is a play that imported pretty much its entire Broadway cast to the screen. I enjoyed the movie and I appreciated the chance to see the same actors who created those characters on stage. In Frost/Nixon, Sheen and Langella are reprising their Broadway roles.

And the movie version of August: Osage County won't have trouble attracting household names. Producer Jean Doumanian says that while the film hasn't been cast yet, she's been inundated with calls from agents whose big-name clients have seen the play in New York.

But just as on Broadway, the audience for a straight play is smaller than the audience for a musical. I'm hoping that Doubt, and a few years down the line, August: Osage County, can fire up moviegoers. I've never seen Doubt, but August: Osage County, with its witty, blistering dialogue and truly memorable characters, certainly has the capacity to do that.

Veteran Broadway producer Emanuel Azenberg is blunt about the hurdle. "Some people like films with dialogue. But there are only 18 of them, and 94 million want to see the bus that crashes into the plane."
Posted by Esther at 12:15 PM