Boston Globe critic Louise Kennedy has an interesting article about whether theatre has lost its power to shock audiences. 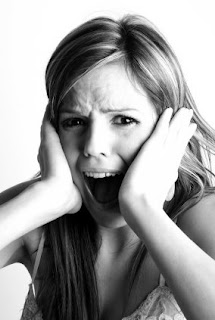 Kennedy admits that "The more I hear that a play is full of startling revelations, daring honesty, fearless confrontations with hard truths, the more I dread what I'll be seeing onstage." (She's spoilerish about some of the plays she discusses, most notably David Harrower's Blackbird.)

So, what's the problem?

For one thing, Kennedy believes that theatre is trying too hard to compete with movies and television in terms of graphic imagery and turbo-charged plotting. But theatre is verbal, not visual.

"In moving away from the essence of drama - that is, the subtle and expert use of language and carefully developed action to illuminate human life - toward thrill-seeking and adrenaline jolts, playwrights give up their own most precious gifts."

I think Kennedy has a good point - that what sets theatre apart is the richness of the language. A lot of what I remember about plays or musicals are dialog or song lyrics that moved me.

Violence certainly still has the power to shock but that's because it's so visceral. There was one point in Black Watch, for example, when I really believed that someone's arm was going to be broken right in front of me, and I winced.

I guess it depends on how you define "shock." While I've seen plenty of surprises and unexpected plot twists, I'm not sure they rise to the level of "shocking." Still, I've had many emotional and compelling moments that have made me gasp or put a lump in my throat.

I don't think that's the fault of playwrights, though. We live in an age of information overload. What is left to shock us after we've seen almost every form of human frailty and depravity and interaction and family situation reported in real life?

But one of the comments on Kennedy's article did crack me up. Lou the Fig wrote, "What about Cats? I was shocked to learn that felines can talk, sing & dance."

Okay, maybe there's one thing left that can still shock us!
Posted by Esther at 12:10 AM

Interesting Kennedy is making here. And I think it's a very valid one. Audiences are lazy, and don't want to listen - they want to see. I'm waiting for them to start marketing theater as a "True 3D Experience!"

I submit that theatre is both verbal and visual. It's all the senses rolled into one. And as audience of both current productions of Our Town and Desire Under The Elms would attest, theatre is the one medium that can truly be a feast for every sense, quite literally.

Good points, Steve and Bob. Thanks for the thoughtful comments.

I don't mean to discount the visual element. I've certainly seen some stunning examples in musicals like "The Lion King" and "Billy Elliot" and in plays like "Black Watch." We can't forget smell - I've seen some awesome food preparation on stage, too!

I would love to see "Our Town." I've just read so many raves about how David Cromer has reimagined this American classic.

Bob, I forgot, I have had a 3-D experience! Have you ever seen the Radio City Christmas Spectacular? It was pretty thrilling to put on my 3-D glasses and watch Santa and his reindeer look like they were flying right at me!