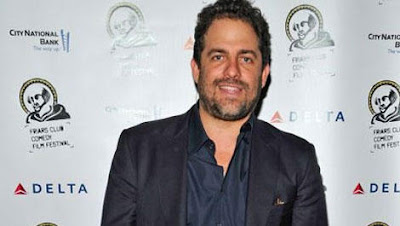 Good riddance to Brett Ratner and if Eddie Murphy wants to follow him, that's fine. The dignity of my gay friends is more important than allowing Ratner to produce the Oscars in the wake of his homophobic remark.

I was reading the comments on the Los Angeles Times website when the story first broke. Although some were supportive, many were along the lines of "Why do they have to be so sensitive?"

Well, I don't know if you've ever been on the receiving end of bigotry but I have.

Years ago, I'd just started a new job when I was asked to bring some papers to a colleague. I was told that his last name was Junod, "like when you Jew someone down." I was shocked and I felt my face redden. I didn't know what to say. I'm not sure I said anything. I just took the material and left the room.

What I especially remember was the matter-of-fact way in which this person said it. There was no hatred or animosity in her voice. That was just the first thing that came to her mind, I guess. I'm sure she didn't know I was Jewish. I'm not sure she knew it was offensive.

Later, I wish I'd said something but when you're young, just starting in a job, it's tough. It's difficult to explain but you feel like you don't want to make a big deal out of it. As hurt as you are, somehow it's like you're on the defensive instead of the person who made the bigoted remark. Let's face it, they "got" you, and you know it.

That was a long time ago. Today, we need to put the bigots on the defensive.

There's no excuse for what Ratner said. He knew he was using an antigay slur. (As a fellow Jew, I'm especially ashamed of his behavior.) The press release that he came out with Tuesday night was laughable. His publicist hit all the right points but Ratner's remark flew too easily off of his tongue. (Just like a similar incident I blogged about in May.) Nobody goes from ignorance to enlightenment that quickly.

These days most people have learned to keep their racist and anti-Semitic remarks to themselves, or at least to choose their audience carefully. But too often slurs directed against gays and lesbians are tolerated. Or they're justified by people who hide behind their religion, as if God has given them the right to spew hatred against another human being.

How many times do you hear people say "that's so gay" as a synonym for something undesirable? Imagine hearing that kind of remark, or worse, in public all the time. That has to change but it has to come from everywhere - including at home, at school and in popular culture. The "f" word has to evoke the same revulsion, the same sense of crossing a line, as the "n" word. As columnist Mark Harris wrote, in 2011 you don't get a pass on homophobia.

Unfortunately, we still live in a world in which kids are bullied over their perceived sexual orientation, in which they kill themselves in despair. Many adults are afraid to come out in the workplace. We live in a country in which it's legal in 29 states to fire someone because they're gay or lesbian.

One thing I can tell you with certainty: as hurt as you feel when the bigoted remark is about who you are, it's much worse when it's directed against your friends, people you admire and love dearly. So if I seem a little sensitive about this, tough.
Posted by Esther at 8:15 PM

Thanks for reading and for the support. Sometimes I feel like I'm just preaching to the choir when I blog about homophobic acts like this but I feel it's important to get my voice out there anyway.