When Brighton Beach Memoirs closed on Broadway a week after it opened, Noah Robbins, who was so appealing as Eugene Morris Jerome, learned the hard way that show business is first of all a business. 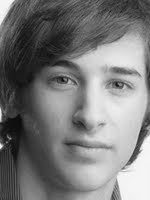 But the 19-year-old from Maryland, whose biggest role prior to this was Max Bialystock in high school in The Producers, sounds philosophical about the experience.

At least, he tells Robert Siegel of National Public Radio, he had a chance to perform, unlike some of the cast of the companion play, Broadway Bound, which never started previews.

Plus, after getting some pretty good reviews he's less of an unknown. And now he really knows what it feels like to be a struggling actor. I thought this answer was cute, too.

Robert Siegel: "And what is the wisdom? What is the thing that you never would have expected about being in a Broadway show that you now know?"

Noah Robbins: "It's not as different from high school as I thought. The theaters are better, the casts are better. But there was sort of the same amount of nervousness for high school as I had for Broadway and that was something that I would have never expected."

I had a chance to meet Robbins after seeing Brighton Beach Memoirs and he's a very polite, soft-spoken young man. In fact, he looked and sounded so unlike the wisecracking Eugene I was even more impressed with his performance. (Kudos to hair and wig designer Tom Watson and costume designer Jane Greenwood, too.)

Here's a clip from the play. As Brighton Beach's narrator a lot rests on the shoulders of the actor portraying Eugene. It's a big responsibility for someone barely out of high school and making his Broadway debut and Robbins was terrific.

Robbins will enroll at Columbia University in the fall - just a little farther up Broadway, as Siegel notes. Hopefully we'll see him on stage again soon - next time in a production with a better business plan.