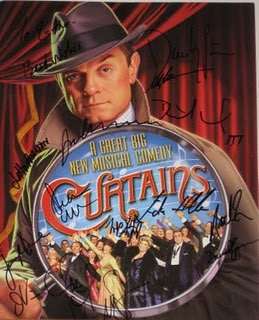 You may recall my bond with Curtains, the first musical I saw on Broadway. Not only did I love the show but I had a great time meeting the gracious cast, including David Hyde Pierce, at the stage door afterward.

So I was thrilled that the American Theatre Wing honored Hyde Pierce with the Isabelle Stevenson Award, bestowed upon an individual from the theatre community who has volunteered time and effort on behalf of a charitable, humanitarian or social service organization.

Hyde Pierce was recognized for his work in the fight against Alzheimer's disease. His grandfather died of the disease and his father suffered from dementia. He's a board member of the Alzheimer's Association and has worked on the local and national level advocating for additional funding for research and care programs.

The award was presented to him during the pre-broadcast portion of the Tonys Sunday night. Here's part of what he said: 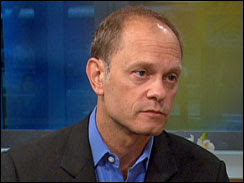 Well I don't use that phrase anymore. My work with the association has taught me that 'I'll never forget' is a phrase, it's a vow, that none of us can honestly make.

But I promise you in honor of my family, the Alzheimer's Association, my grandfather and my dad that I will be grateful for this honor, I will remember this night, as long as memory serves."

The evening at Curtains was one of many unforgettable theatre experiences I've had over the past three years. Rest assured that I will remember it as long as my memory serves.

Here's David Hyde Pierce talking about the award and his latest role, in La Bete, which he's currently rehearsing in London.