Don't film The Catcher in the Rye

With the death Thursday of J.D. Salinger, speculation is starting over whether there'll finally be a film version of his 1951 novel The Catcher in the Rye. 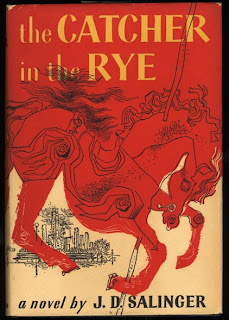 It's been a long time since I've read the book, so I don't have an opinion on whether it's possible to make a good movie. But I do have sympathy for Salinger's explanation as to why he never sold the film rights.

In a 1957 letter, Salinger wrote that "for me, the weight of the book is in the narrator's voice." He says that any attempt to translate Holden Caulfield's inner thoughts into dialogue would sound labored.

Odds are at some point a movie will be made, and I will find that sad. I'll be sad not solely because it goes against Salinger's wishes but because it takes away some of the imagination and discovery involved in reading the book.

My case in point is Harry Potter.

I started reading J.K. Rowling's books long before the first movie came out. I formed my sense of what the characters were like from their description on the printed page. No one has to do that now. We know what Harry, Hermoine and Ron look and sound like.

Yes, I've enjoyed the movies but not nearly as much as the books. They're just not as rich or absorbing. Perhaps the movies are enticing children to start reading the series, and that's a good thing but it won't be the same.

For 59 years Holden Caulfield, that symbol of teenage rebellion, has lived solely in the imagination of readers of The Catcher in the Rye. It would be nice if we could just leave him there.
Posted by Esther at 1:50 PM