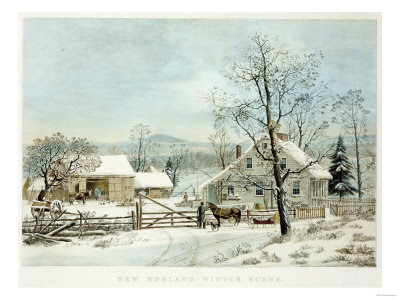 The weather outside can be frightful so I'll probably be staying close to home for my theatergoing during the first few months of 2010. But there are shows I'm looking forward to seeing without having to venture too far:

Dead Man's Cell Phone, at Trinity Repertory Company. I saw Sarah Ruhl's The Clean House at Trinity Rep a few years ago and I really enjoyed the quirky characters and story she created. Just from the title, this play sounds intriguing.

The Glass Menagerie, at the Gamm Theatre. I've never seen a Tennessee Williams play on stage and I feel like he's one of those classic American playwrights whose work I should know. So hopefully this will be a good introduction.

Xanadu, at the Providence Performing Arts Center. I missed this musical on Broadway and from everything I've read, it sounded like fun. Plus, the action takes place in a roller disco so the actors will be on skates. Perfect for a winter afternoon.

Comic Potential, at the 2nd Story Theatre. I've never been to this theatre but an Alan Ayckbourn play might just be the push I need. I loved The Norman Conquests on Broadway last year and I'm eager to sample some more of his work.

Becky Shaw, at the Huntington Theatre Company. Gina Gionfriddo's comedy about a blind date that goes awry was a Pulitzer Prize finalist and garnered good reviews in New York, where it was directed by Peter DuBois. He's bringing it to Boston in his capacity as the Huntington's artistic director.

Dreamgirls, at the Colonial Theatre. I liked the movie and now I'm curious to see this musical about the rise of a 1960s Motown girl group on stage, where it began. I'm thinking there's something special about hearing a live version of "And I Am Telling You I'm Not Going.''

Two musicals I'm probably going to skip are 101 Dalmations and Beauty and the Beast at PPAC. After a performance of Annie in May attended by children who were way too young to be there, I'm really not in the mood.
Posted by Esther at 2:30 PM

Your line up sounds wonderful. I will also be seeing Dead Man's Cell Phone at Trinity and Xanadu at PPAC. I'd love to see The Glass Menagerie as well (not sure I can fit it in). I wish I could see Dreamgirls in Boston. Hopefully, it will come to Providence sometime soon. And I'm sorry to say, I WILL be seeing 101 Dalmations at PPAC (since I have a subscription). I'm not really looking all that forward to it, though. Maybe I'll take my niece (who's 12). We'll see.

The Melbourne Theatre Company is doing Dead Man's Cell Phone in July, so I'm looking forward to that also. And Roundabout is doing the Glass Menagerie this year as well, so I hope to catch that when I'm in NYC. I love Tennessee Williams and MTC's Cat on a Hot Tin Roof was spellbinding.

Hey Pam, thanks for the comment. You should bring your niece to 101 Dalmations! I'm sure she'll be thrilled and I think seeing it through her eyes will make it enjoyable for you, too.

I don't know, maybe I'll break down and see it, too!

Hey Crossoverman! Thanks for commenting. Yeah, I think Dead Man's Cell Phone is quickly becoming one of those plays that a lot of theatre companies are doing. It'll be nice to compare notes with you. I've only seen movies of Tennessee Williams' plays so I'm looking forward to seeing one on stage. I wish I'd seen the Broadway revival of Cat on a Hot Tin Roof.

If Elizabeth Stanley is the lead in Xanadu, you're in for a treat. She's wonderful. I saw her in the role when the "tour" was a sit down Chicago production...that flopped, sadly.

Yes, Elizabeth Stanley is in the current tour. Very cool! Along with Max Von Essen.

I wonder if Xanadu is one of those shows that loses something in the move to a bigger theatre? The Helen Hayes, where it played on Broadway, is tiny, like 500 seats. In Providence, it'll be playing in a 3,000-seat theatre.

wow. 3,000 seats? That's insane. It's a small show. In Chicaog, it played at the Drury Lane Water Tower, which has about 500+ seats. There it looked charming and silly. On a big stage, it might just look silly and cheap...

Yeah, that's a problem in Providence and a lot of similarly sized cities that have one venue for touring productions of Broadway shows. They're usually huge. In Providence, it's a restored movie palace. I saw Avenue Q in the same place and I think it would have been better in a smaller auditorium.