There's an interesting column by Michael Riedel in the New York Post about director Arthur Laurents supposedly laying down the law to the cast of West Side Story over repeated absences. (Thanks to Steve on Broadway for the tip.) 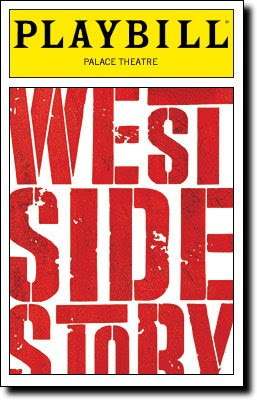 "His tone, I'm told, was chilling. The 91-year-old told them that professionals don't miss performances, and that they'd better get their acts together or find another line of work."

I think there were five understudies the night I saw West Side Story but luckily, all of the principals were in. And I would have been disappointed if I'd missed seeing Karen Olivo in her Tony-winning role as Anita or Josefina Scaglione making her Broadway debut as Maria.

I'm sure this is a musical that takes a pretty heavy toll on its cast. I've sat close enough to the stage to see the sweat, so I know that some Broadway performers get quite a workout up there, especially in musicals. It's not the type of thing you'd want to do when you're sick or hurt.

The comments from (naturally) anonymous producers struck me as a tad unfair, making generalizations, painting everyone with the same broad brush - "Some of them are more loyal to their gym than they are to their show."

I'm sure there are lots of dedicated young performers on Broadway who go on no matter what. And I have no way of knowing whether the criticism of the West Side Story cast is justified.

Still, maybe there is a bit of a generational divide.

I think 79-year-old John Cullum, who was then in August: Osage County, made an interesting point in a Variety article in June about older actors treading the boards on Broadway:

"The young people are just as good as they ever were. If you work with people my age, though, you're talking about people who really feel terrible if they can't go to a performance. That mentality is really part of their makeup."
Posted by Esther at 11:15 AM