Indulge me while I do a little kvelling. Usually, reporters are the ones writing the profiles but in this case, it's the opposite.

My friend Jonathan Salant, a political reporter for Bloomberg News and former president of the National Press Club, is the subject of a profile in Washington Jewish Week. 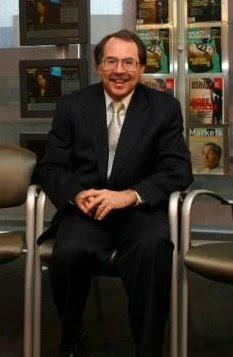 The writer touches on the highlights of Jonathan's career, including his cameo in the movie Absence of Malice, as well as his passions - baseball, collecting political buttons and most of all, being a devoted single dad to his son Izzy.

Jonathan and I first met as colleagues in Syracuse, where he was the Albany reporter for the now-defunct Herald-Journal and later, the Syracuse Newspapers' Washington correspondent.

Over the years, he's been a mentor and friend and a gracious host. Jonathan and his late wife, Joan Friedenberg, were always wonderful about putting me up when I visited Washington, which I tried to do as often as I could because it's always been one of my favorite cities.

And without his example, I never would have visited Israel or ended up living there for a year. Talking to Jonathan about what he saw and how he felt after he made his first trip planted the idea in my mind that I should go, too.

Among Jonathan's areas of expertise is campaign finance, although he says in the profile that his favorite story was a feature he wrote on a group of Syracuse-area sixth-graders who lobbied successfully to have the apple muffin named New York State's official muffin.

I've always admired his tenacity and dedication and when Mario Cuomo was governor of New York, his ability to get him on the phone for a quote anytime, almost effortlessly.

Here's Jonathan on why he got into journalism. It says a lot about why he's so good at what he does:

"I grew up during the protests for civil rights and the Vietnam War and I saw what journalists were doing,'' he said, explaining that becoming a journalist was a "chance to make the world a better place."
Posted by Esther at 9:00 PM