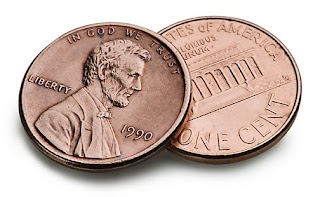 Blogger Kris Vire, from Storefront Rebellion and Time Out Chicago, has an interesting discussion going on over at his blog about the role of the critic.

His Chicago colleague, the Tribune's Chris Jones, wrote a review of the musical High Fidelity, presented by the Route 66 Theatre Company, that wasn't entirely complimentary. A reader named Allison took Jones to task for being insufficiently supportive of Chicago theatre.

She said, in part, "theatre in this country is suffering right now. You are a Chicago theatre critic, by your own words "America's hottest theatre city." You are supposed to support and encourage theatre in this town.

Here's my 2 cents, as someone who's never been to Chicago and doesn't know much about the theatre scene there.

Let's suppose Jones, in a desire to be supportive, had written a more forgiving review. How exactly would that help if the show simply isn't very good? How would that accomplish Allison's goal of encouraging theatre? Wouldn't it have the opposite effect, by discouraging audience members who saw it and were disappointed?

I think Jones is supportive of good theatre. I first read about David Cromer's production of Our Town in his blog. His rave is what made me want to see it in New York. It made an impression on me because he doesn't rave about everything. That's why I trust his opinion.

When you praise a show whether or not it deserves the accolade, you lose that trust. You're not doing the audience or the show any favors at a time when there are so many choices for people's limited entertainment dollars.

I think you can best encourage and support theatre by saving your highest praise for what truly is great, what will give people an unforgettable experience and make them want to come back for more. Save it for a show that people simply can't afford to miss.

Cheerleaders are fun but they don't score any points. You've got to win the game on the field.
Posted by Esther at 9:45 AM

I have to agree with you on this one. Very well said, too, btw. I want truth and honesty in the reviews I read. Of course, an honest review doesn't have to be scathing. Even negative comments can be made with tact and diplomacy and still be clearly negative. I think you're right on this one.

Yes, very well said. I love that closing line of yours: cheerleading isn't what wins the game. And if it should, how much the worse for all of us.

Thanks Pam, thanks Aaron. Every once in awhile I come up with a good line! And you're right, Pam, a negative review doesn't have to be mean-spirited.

I think there is a difference between being passionate about an art form and being a cheerleader.

Look at Roger Ebert - he's someone who writes with great knowledge and passion about film but if he doesn't like a movie, he says so. It doesn't mean he cares any less.

And I'd argue that by maintaining a high level of discussion he's gotten more people interested in talking and writing about film.

Supporting theatre, in my mind, is not only buying a ticket to see a show, but demanding that it retains a certain standard. Praising mediocrity results in Miley Cirus and Jonas Brothers and reality TV "stars". And Chicago theatre remains strong strong because it doesn't pander to audiences with crap. Chicago audiences are a smart, savvy bunch. We don't want to be told that a show is good, and then find it isn't. Not only will we be pissed, you will lose all credibility as a reviewer.

Thanks, Robertian! And I agree, what you have as a writer is your credibility, your reputation for honesty and accuracy.