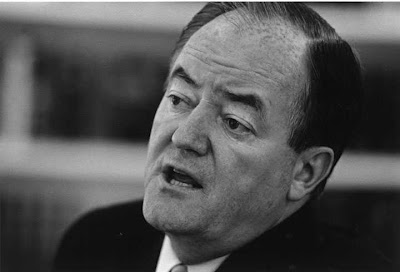 Today marks the centennial of Hubert Humphrey's birth and I can't let it pass without mentioning my brief but memorable meeting with him.
It was in 1976, when I was in high school and visiting Washington, D.C., for the first time, with Project Close Up. He wasn't part of the program - it was just the result of a lucky series of events.
One night, I wandered into a banquet room at my hotel where a dinner was being held. I saw someone standing off to the side and asked him what was going on. He turned out to be a reporter for U.S. News & World Report and he told me it was for the Joint Economic Committee of Congress.
I started talking about my interest in journalism and as things were winding down, he took me around and introduced me. I picked up a spare program and got autographs from, among others, Coretta Scott King, Alan Greenspan and Senator Humphrey.
While everyone was cordial, it was Senator Humphrey's response that made the biggest, most lasting impression on me.
He could have simply signed the program quickly and quietly and left it at that. I wasn't even from Minnesota. But he spotted my Close Up name tag, gave me a big smile and said "Well hello, Esther." Then he introduced me to his wife, Muriel.
This was a couple of years before his death from cancer and he looked thinner and more frail than I'd seen from pictures and on TV. But he greeted me so warmly and with such enthusiasm that it made a memorable trip even more memorable.
There is a postscript. A few years ago, I visited my dear friends Steve and Doug in Minneapolis. Knowing this story, Steve had a surprise for me. He took me to Lakewood Cemetery, where Hubert and Muriel Humphrey are buried. After all these years, I was so moved to be able to pay my respects.
Unfortunately, at some point over the past 35 years I lost the program with the autographs. But when I saw that signature on Senator Humphrey's grave, penned in his elegant cursive script, I remembered it so well.
In The New York Times, author Rick Pearlstein has a wonderful tribute to Senator Humphrey, titled "America's Forgotten Liberal."
As vice president, Humphrey was tarnished by the growing opposition to the Vietnam War and the violence outside the 1968 Democratic National Convention in Chicago, both of which helped to doom his presidential campaign.
But he deserves to be remembered as a champion of civil rights - for his efforts as mayor of Minneapolis to combat racism and anti-Semitism, for his success in getting the landmark 1964 Civil Rights Act through the Senate. Today, I believe he would be equally committed to fighting homophobia.
Senator Humphrey once said: "the moral test of Government is how that Government treats those who are in the dawn of life, the children; those who are in the twilight of life, the elderly; and those who are in the shadows of life, the sick, the needy and the handicapped."
On his 100th birthday, let's remember those words.
Posted by Esther at 12:30 PM

I'm ashamed that I didn't know much about Humphrey until the last couple of years, when I read Rick Perlstein's two books, "Before the Storm" and "Nixonland," and Robert Caro's "Master of the Senate." Seems like he was a great man.

I'll have to check those out. I've never read any of Perlstein's books (or Caro's, for that matter!)

I think Humphrey was a very decent man whose reputation was tarnished because he didn't break with Johnson over Vietnam. But he truly was a staunch advocate for civil rights, going back to the 1940s. And getting the 1964 Civil Rights Act passed, over entrenched Southern opposition, was an incredible accomplishment.

I don't know, I have a feeling that politicians like Humphrey don't exist anymore in a world in which people's views are increasingly polarized. And that's sad. He also was a politician who clearly enjoyed engaging with people and that gets less and less possible in today's security-conscious world.

wow, i'm embarassed. you know more about him than i do, and i'm a native minnesotan! thanks for sharing your story.

It was such a terrific experience to have on my first trip to Washington that I never forgot it. Senator Humphrey went out of his way to be gracious when I asked for his autograph. As you can tell, he made quite an impression! And I'm so glad I was able to pay my respects when I visited Minneapolis. I just wish I still had the program with all the signatures. :-(