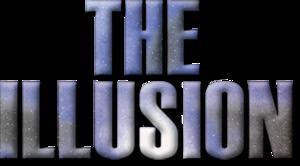 The Illusion, at the Signature Theatre off-Broadway
Gratuitous Violins rating **1/2 out of ****

After being blown away by 7 1/2 hours of Angels in America during my April trip to New York City, I needed another Tony Kushner fix. So I decided to see The Illusion when I returned in June.

Kushner adapted The Illusion from the 17th century play L'Illusion Comique by Pierre Corneille. It concerns a lawyer, Pridamant, played by David Margulies, who drove his son away from home years earlier. Now, near the end of his life and filled with regret, he visits the cave of a magician to see if she can tell him what happened to his child.

The mysterious magician, Alcandre, played by Lois Smith, conjures up different visions of his son's life. There's a lot to show - unrequited love, dashing swordplay, some humorous scenes and some perilous ones. Tying them together is his attraction to a beautiful and high-born woman portrayed by Amanda Quaid.

Kusnher wrote The Illusion while he was in the middle of working on Angels in America and I wish I could say that it was as enthralling but it wasn't. While the play offered examples of Kushner's wonderfully poetic language, too much of it dragged. At 2 1/2 hours, The Illusion, directed by Spring Awakening's Michael Mayer, felt long. The ending in particular seemed to go on and on.

Part of the problem for me was, the supporting cast all seemed more interesting than the main characters. Finn Wittrock, who plays the son, and Quaid struck me as rather bland. But Peter Bartlett was great as a buffonish nobleman. I also liked Henry Stram as a mostly mute magician's assistant and Sean Dugan as a rival for Quaid's affections.

What saved the play were two things: Merritt Wever, a favorite of mine in the Showtime series Nurse Jackie, was terrific as a conniving maid; and there was an ingenious plot twist that I did not see coming. It made me smile and almost made The Illusion seem kind of wondrous.

In fact after it was revealed, I wish I could have gone back and watched some of the earlier scenes again. I certainly would have seen them in a different light. But of course I couldn't, because theatre is temporal and fleeting. I could only see them again in my mind's eye. And perhaps that was the point.
Posted by Esther at 11:15 AM