Patti LuPone - definitely not a diva 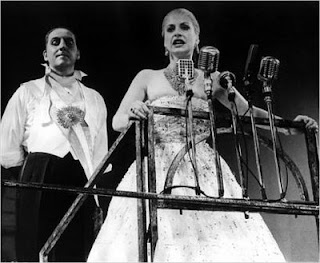 At the risk of shocking my tens of readers, I'll admit that up until a couple of years ago I was only vaguely aware of Patti LuPone's immense talents as a singer and stage actress.

I knew that she had starred in Evita on Broadway. But I knew and loved her mainly as Libby Thatcher in ABC's Life Goes On, where she coped with the trials and tribulations of being a wife and mother, including raising a child with Down syndrome.

So I've really only started to play catch-up on her career and luckily, I have Ms. LuPone herself to fill me in. Yesterday, in an effort to make a dent in my immense and ever-growing backlog of unlistened-to podcasts, I clicked on her 2008 appearance at Times Talks.

Wow, can she talk! It's a great interview.

She covers her tuba-playing childhood on Long Island and putting that skill to good use in Sweeney Todd, (I wish I could have seen it!) being in the first group of Juilliard drama students, how it felt when Mandy Patinkin got a bigger round of applause at the Evita curtain call. Plus, the sound effects - especially when the conversation turns to Sunset Boulevard - are priceless.

I'm learning all sorts of valuable information that will stand me in good stead should I ever be fortunate enough to meet her. (I did get her autograph after seeing her in Gypsy as part of City Center's Encores but there were so many people we didn't get a chance for quality time.)

This is the kind of thing I'm talking about, her reaction to the word "diva:"

"I think that word should be reserved for the operatic female singer. That's where it originated and that's where it belongs. It should not be relegated to a newscaster or anybody on Broadway or somebody behaving diva-ish. I just think it should stay where it is. I don't like the word diva applied to me, I do not think I am a diva."

I did not know that! And I do not want to incur Ms. LuPone's wrath, as my fellow blogger Robertianish found out with his unfortunate face-to-face encounter.

So Patti, I love your singing and acting and I can't wait to see you on stage again. But you are not now nor have you ever been a diva. Or at least, you didn't hear it from me.
Posted by Esther at 12:30 PM

I find her the worst kind of Diva -- the ones that don't know what a diva they are, and say that they aren't, but treat people as if they are.

Too many times I've heard her say at the stage door, "You can take pictures of me, but not with me."

And there are horrid stories of the way she's treated fellow cast members.

But, I've come to learn over the years that she's an actress, and her only obligation is to serving the work and entertaining the audience.

Her offstage persona is irrelevant to me. As a performer, she's one of a kind.

Wow, you know a lot more about her than I do! She does give an entertaining interview though.