The Broadway League has released its demographic survey for the 2009-2010 theatre season and once again, the typical theatergoer was - yours truly!
That pretty much describes me.

Of course in some ways I'm above average.

According to the League, the average playgoer saw 7 shows, compared with 5 for musical attendees. Those who saw 15 or more shows comprised 6 percent of the audience but 31 percent of admissions. 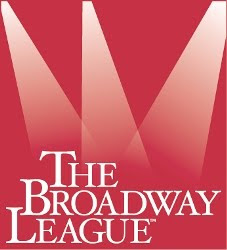 I saw 14 Broadway shows: 8 musicals and 6 plays. But if you add the 2 off-Broadway plays, it's a 50-50 split. My only limit is the number of shows I can squeeze into a long weekend.

And I make 100 percent of the purchasing decisions. I pay for every ticket myself, sometimes using discount codes but I've also ponied up full price and even bought premium seats on a few occasions.

Interestingly, critics reviews were cited as the most important factor in choosing a play, while a personal recommendation was the single strongest factor in picking a musical.

At this point I pretty much know based on the cast and the subject matter what interests me. But I do trust the reports from my friends and fellow bloggers. If they're excited about a show, that means a lot.

I don't think there's any one, sure-fire thing producers can do to get me to buy a ticket - except quintuple the number of toilets in the ladies room, and I'm not sure they have the ability to do that. I don't enjoy really, really loud music and I'm very squeamish, although there are exceptions. I loved Fela! (which wasn't too loud for me) and Sweeney Todd is one of my favorite musicals. So, go figure.

Generally though, I'm up for anything and I like to think I have pretty varied tastes in plays and musicals. I enjoy a good story and I don't want to be bored.

The League also noted that the number of international visitors dropped, blamed on the poor global economy. But they still accounted for 17 percent of all Broadway admissions. One in four foreign tourists took in a Broadway show during their trip to New York.

I'm sure there's much more interesting data but the League charges $25 for the full report. And from the summary, the snapshot of the average Broadway theatergoer doesn't seem to change much from year to year.
Posted by Esther at 9:55 AM