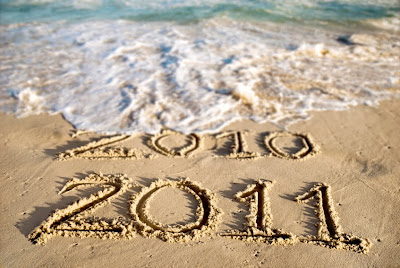 Another year of blogging draws to a close. My posts on Gratuitous Violins declined rather dramatically beginning in April. I didn't get to the theatre much for the first six months of 2010 so I felt like I had less to say.

Plus I spent more time on Twitter, where I really enjoy being part of a running conversation with theatre fans from all over. Blogging can be kind of solitary. And besides, sometimes all you really need is 140 characters.

Despite a slow start, I did see some terrific plays and musicals this year. I was thinking how many of them had strong endings. And endings, like beginnings, are tough to get just right.

Since this is my final post of the year, I'll mention some of them. (I've been vague enough that I don't think there are any plot spoilers):

Overall, 2010 was a good year. I saw lots of friends during my three trips to New York and met new ones. I visited Washington, D.C., one of my favorite cities, for the first time in a long time and reconnected with people I hadn't seen in years.

I made it to a couple more wonderful New York City museums for the first time: the Whitney and the Jewish Museum. And I learned an important lesson: you can't always judge a sandwich by its picture in a magazine.

To everyone who read my blog, left a comment, followed me on Twitter, friended me on Facebook, sent me an e-mail, joined me for lunch, brunch, dinner or a show during the past year, thank-you for the gift of your time and your friendship.

Best wishes for a happy, healthy and adventure-filled 2011!
Posted by Esther at 9:25 AM

Glad I got to finally meet you this year. Here's to more of your trips to New York and a happy 2011!