And the Tony hosting job goes to ... 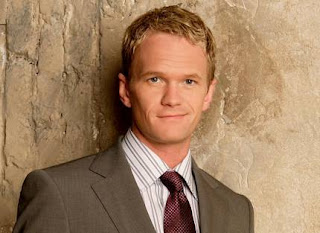 Wow, I was very surprised and very happy when I heard that Neil Patrick Harris had been chosen to host the Tony Awards. He's so cute and funny and charming and he has a great voice and he's had several Broadway roles. (Who knows, maybe this experience will lure him back!)

Still, in the grand scheme of things, I'm not so sure the host is that big a draw. Don't get me wrong - I think it's a great choice for theatre fans. But if I weren't already inclined to watch the show I don't know whether NPH - or anyone else - would make me tune in. Well maybe a few fans of How I Met Your Mother might tune in who wouldn't otherwise. (Also on CBS - what an incredible coincidence!)

I was trying to think about what would make me watch something I have absolutely no interest in watching - say the Indianapolis 500. If the cast of Seinfeld were calling the race I might watch for a few minutes but I'm not sure they'd hold my interest for all 500 laps.

Seriously though, I can't believe the American Theatre Wing approached James Gandolfini, Tony-nominated for God of Carnage, about the hosting duties. According to Michael Riedel in The New York Post, Gandolfini replied that he was flattered but politely declined, saying he isn't a song-and-dance man.

Whew, that was a close one. As much as I loved The Sopranos, I don't think Gandolfini has the kind of vibrant, outgoing personality necessary for a good host. Plus, I think singing and dancing is kind of a requirement.

Doogie!! Seriously, that's all I've ever seen this guy in, Doogie Howser. Well, no, I take that back, he was in the spoof Proposition 8 musical, too...

I think he'll do a great job but I see your point exactly. I was available and still they didn't bother to call!

He was in Joss Whedon's Dr. Horrible, too, which was pretty funny. I know what you mean, though. It is hard to think of our Doogie all grown up and hosting an awards show. ;-)

Dale, next year I will do my best to make sure they call you! Do you have any hosting experience? ;-)