I was already interested in the new David Mamet play just from the title: Race. Then, when it was announced that James Spader, the womanizing lawyer Alan Shore from Boston Legal, would be in the cast, I got even more interested. 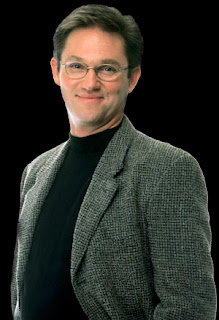 Now, my interest has risen to a whole new level because Richard Thomas has also been cast in the play. John-Boy, on Broadway! Okay, I know The Waltons was a long time ago but that's how I'll always think of him.

The 1970s were prime tv-watching years for me and I loved The Waltons, which aired on CBS from 1972 to 1981. It featured a great cast and wonderful storytelling about growing up in rural Virginia during the Depression. John-Boy was my favorite character, maybe because I also viewed myself as a sensitive aspiring-writer type.

Anyway, I know that Thomas, 57, been on Broadway numerous times, starting at age 7 when he played one of Franklin Roosevelt's sons in Sunrise at Campobello. (The play also marked the Broadway debut of James Earl Jones.) But obviously, I've never seen him on stage.

The producers of Race aren't revealing anything about the plot, except to say that it should be self-evident from the title. And they've now revealed cast members for two weeks in a row. Good way to build up interest, I guess. It hooked me, because I can't wait to see who they announce next week.

Race is scheduled to begin previews Nov. 17 at the Barrymore Theatre and open on Dec. 6. It's definitely one of my most anticipated shows for next season. I can't wait to hear Spader and Thomas take on that rapid-fire Mamet dialog.

Update: David Alan Grier and Kerry Washington, from Ray, have joined the cast.
Posted by Esther at 12:05 AM

Is it wrong that I always had a thing for him?

No Vance, it's not wrong. ;-) You know, I'll always have that mental picture of him from the tv series, sitting at the desk in his bedroom, writing in his journal. Of course, he's considerably older now!

He sat in front of Sarah and me at "Sweeney Todd" once. (apropos of nothing) But at least we know he's smart. :)

Thanks, Kari. That's great! I always pegged him for a smartie.