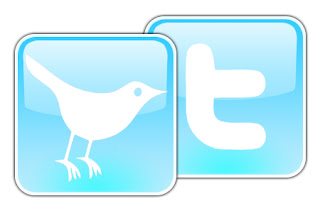 After I finish writing this blog post I'll put a link to it on Twitter and that will be my 5,000th tweet.
I know it's fashionable to knock Twitter as another example of social networking run amok, filled with people sharing the minutiae of their lives in 140-character spurts, like what they had for breakfast or lunch.
In one of the most recent examples, George Packer wrote online for The New Yorker: "Every time I hear about Twitter I want to yell Stop. The notion of sending and getting brief updates to and from dozens or thousands of people every few minutes is an image from information hell."
Honestly, I feel just the opposite. Rather than an "information hell," I use Twitter to better organize information.
Many of the sites I follow are related to theatre. It's a quick and easy way to keep track of what's happening on Broadway and elsewhere. There are book-related sites on my list, too. (In one of the most imaginative uses of Twitter, I'm also tracking John F. Kennedy's campaign for the White House in 1960.)
Some people I follow are friends and fellow bloggers. Others I've found through a shared interest. I've had great discussions with theatre fans across the country and as far away as Australia about shows we've seen or what we're looking forward to seeing.
Often, the tweet includes a link to an interesting article I wouldn't have found otherwise, like the inspiring story of Andrew Grene, a U.N. worker killed in the earthquake in Haiti. And in one serendipitous case, a tweet led to an act of kindness I'll never forget.
It's not always so serious either. There are some people I follow simply because they make me laugh. I need a laugh every once in awhile.
On the down side, every once in awhile I go through my followers and block the ones who are spamming me. And yes, Twitter attracts people who hide behind pseudonyms to say stupid, vulgar things, just like every other part of the Internet.
What I appreciate about Twitter is that it's easy and immediate and limitless. It's also been a great way for me to find new readers, especially when people link to a blog post I've written.
I look at it as a never-ending conversation with as many or as few people as I choose, for as much or as little time as I care to spend. To some, perhaps that's overwhelming but to me, it opens up a world of possibilities.
Posted by Esther at 9:50 AM

I think the people who dismiss Twitter are mostly likely people who think that Twitter is just a bunch of people sharing the banality of their everyday lives. I would guess that many of them don't see how valuable Twitter is in sharing information, creating conversation, and engagement.

Thanks for the comment, Erika! That's exactly what I meant. But you've said it much more concisely and elegantly.