Welcome to the end of the '60s 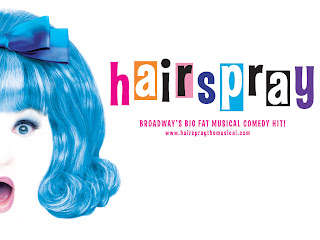 All history buffs have their passions and mine happens to be the 1960s, especially the antiwar and civil rights movements. While my interest isn't as great as it once was, a good '60s story still gets to me. So this week, in some ways a culmination of that much maligned and misunderstood decade, has been pretty dramatic.

And on Wednesday night, there'll be one more bit of 1960s-tinged drama. I'll be in the audience at Broadway's Neil Simon Theatre watching Hairspray, with Harvey Fierstein reprising his Tony-winning role as the oversized and over-stressed housewife Edna Turnblad. Fierstein's come back to take a victory lap with Hairspray, which ends its 6 1/2-year Broadway run Jan. 18.

I've loved the musical ever since I saw it on tour last year. The book, by Thomas Meehan and Mark O'Donnell, based on John Waters' movie, does such a terrific job bringing to life the struggle to end segregation. It's done in a way that doesn't seem preachy or overly sentimental. The effort of white teenager Tracy Turnblad to integrate a Baltimore teen dance show, so that black teens could dance every week, makes learning about history entertaining - fun even.

Plus, Hairspray has some great pop tunes by Marc Shaiman and Scott Wittman that really capture the decade's early years - a time when America was on the cusp of change. The original Broadway cast recording is one of my favorites.

When I saw the show on tour, one song really got to me. Yvette Monique Clark's rendition of "I know where I've been" was so powerful, so emotional. The song, with lyrics "There's a dream in the future, there's a struggle that we have yet to win," truly evokes the civil-rights anthems of the 1960s. At the end, black kids and white kids, standing from one end of the stage to another, are holding hands. It was the first time I ever felt like giving a song a standing ovation.

With the election of Barack Obama, I suspect hearing that song again will be even more poignant, By the end of Hairspray, I fully expect to be a wet, blubbery mess. (Must remember to pack extra tissues.)

It's kind of fitting that Hairspray will close the same week of Obama's inauguration as our nation's 44th president. In some ways, they're bookends for the 1960s. And as op-ed columnist Gail Collins wrote in The New York Times this week, the baby boom generation deserves a round of applause:

"The boomers didn’t win any wars and that business about being self-involved was not entirely unfounded. On the other hand, they made the nation get serious about the idea of everybody being created equal. And now American children are going to grow up unaware that there’s anything novel in an African-American president or a woman running for the White House. We’ll settle for that."

So I'm looking forward to seeing Hairspray on stage for a second time, when I'll applaud and likely shed a few tears as I watch Tracy, Edna and company take a well-deserved bow.
Posted by Esther at 10:13 AM

Sounds like you're primed for a wonderful evening. I've seen Hairspray in all its incarnations (movie, play, new movie and play again) but not with Mr. Fierstein. I hope it is fantastic!

Awww, thanks Dale! Yeah, I'm pretty pumped for this and the rest of my trip.