Countdown to the Tonys 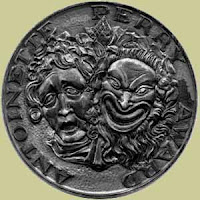 I know the weather outside was frightful earlier this week and June seems awfully far away. But we're halfway through the 2008-2009 Broadway season and the Tony Awards will be here before you know it. Based on the shows I saw in November, here are my nominations so far. What's great about my favorite performances is that I was seeing these actors on stage for the very first time.

Best Musical, Billy Elliot
I've seen three new musicals, Billy Elliot, Shrek and 13. So far, Billy Elliot gets my vote. It tells the story of a boy in a Northern England mining town with such heart and imagination and memorable characters. Plus, the dance numbers are amazing. But I really enjoyed 13 and I hope Jason Robert Brown gets a nomination for his energetic rock 'n' roll score. I'm also looking forward to 9 to 5 in the spring and I'm really sorry I missed [title of show].

Gregory Jbara, Billy Elliot
I loved Gregory Jbara as Billy's dad, a hardened, gruff man who can't imagine a life for his son that doesn't involve learning to box and going to work in the coal mines someday. Just the way he goes from being totally opposed to his son's desire to dance, to being totally sympathetic and supportive, is wonderful to watch. Jbara handles the transformation so well.

Haydn Gwynne, Billy Elliot
As Mrs. Wikinson, the no-nonsense dance teacher who takes Billy under her wing, Haydn Gwynne is hilarious and unforgettable. She really becomes the boy's champion and I love how tough she is in confronting his father. Except for the moments when Billy is dancing, Gwynne comes close to stealing the show for me.

Christopher Sieber, Shrek
As the ruthless and vertically challenged Lord Farquaad, Christopher Sieber was one of my favorite things about Shrek. He was very witty and hammed it up a bit without going over the top. I just felt like the musical had more of a spark and became more interesting when he was on stage.

Martha Plimpton, Pal Joey
Martha Plimpton was terrific in Pal Joey as chorus girl Gladys Bumps, who's been wronged by nightclub owner Joey Evans and schemes to get her revenge on him. She has a great comic touch and I especially loved what she does with the song "Zip."

Choreography, Billy Elliot
Peter Darling's choreography has made this musical such a tribute to the absolute joy of movement, the artistry and exuberance and sheer athleticism of dance. I loved all the tutu-clad little ballerinas and watching Billy transformed from awkwardness to grace. While Billy Elliot was my favorite, I hope Christopher Gattelli gets a nomination for 13. I really enjoyed his exuberant choreography, especially in the opening number, "13/Becoming a Man."

Costume design, Pal Joey
What impressed me about William Ivey Long's costumes for Pal Joey is the way they really help define each of the main characters - the smooth-talking ladies man Joey, looking very suave in his tuxedo; Gladys, the showgirl, looking cheap and flashy; Vera, the sophisticated, socialite in glamorous gowns and tailored suits; and Linda, the sweet and innocent shopgirl, in modest skirts and blouses.

Set design, Pal Joey
I loved the look of Scott Pask's sets for Pal Joey - the elevated train track in the background, the winding wrought-iron staircase leading down to this seedy, out-of-the-way nightclub in 1930s Chicago. Even when the action shifts to a luxury apartment or a clothes shop, Pask's set design retains its dark, somber tone, which is so in keeping with the tone of this musical.

Raul Esparza, Speed-the-Plow
For me, Raul Esparza's turn as Hollywood producer Charlie Fox was the best thing about Speed-the-Plow, especially watching him in the climactic third scene. It's a point when his livelihood, everything he's tried to achieve in the business, is at stake, and he delivers an amazing performance. His character's disintegration, desperation, truly was thrilling to watch.

Daniel Radcliffe, Equus
I didn't know what to expect from Daniel Radcliffe in Equus, but I came away being impressed by his performance as Alan Strang, a young man who inexplicably blinds six horses. Radcliffe does such a terrific job portraying this troubled soul - from his initial clipped, nonsensical dialog to his trembling under a blanket at the end of the play, after all his defenses have been stripped away.

Anna Camp, Equus
I thought Anna Camp nailed the role of Jill Mason, the more worldly girl who gets Strang a part-time job at the stable where she works, and lures him into a sexual situation. I don't think she means to hurt Strang but she's clearly leading him into something that he's not ready to handle. She's his total opposite - talkative and perky and confident. I love the way she carries herself - her blond ponytail bobbing. Camp is so effective in the role.

Hallie Foote, Dividing the Estate I laughed all the way through Dividing the Estate and I hope several cast members get nominations. But I especially loved Hallie Foote's performance as a daughter desperate to get her hands on her inheritance to ease her own family's financial crisis. She was so great to watch - sharp-tongued, covetous - and had a way of delivering the most outrageous lines with such perfect seriousness. What a hoot. I'd never heard of Hallie Foote before. What a wonderful discovery.
Posted by Esther at 12:30 AM

Can't we just give one to Patti again for fun? hahaa

I know, we should. She deserves it!

Billy Elliot is very sweet and I really do love Haydn Gwynne. What a character!

I really wonder if Gwynne will be in Lead or Featured cause a case could be made either way. Cause I think Featured SHOULD have Karen Olivo for WSS, Martha Plimpton for Pal Joey (though may be forgotten by the time Tony comes since it closes in Feb) and probably one of the 9 to 5 ladies (depending on who gets slotted in lead and who gets slotted in featured since I could see Janney and Bloch in Lead).

I would LOVE to see 13 in the best musical spot. I would love to see Billy Elliot, 13, 9 to 5 and [title of show] but somehow I don't think that's going to happen. It's probably going to be Billy Elliot, 9 to 5, Shrek and Rock of Ages now I bet you.

I think [title of show] has a lot of fans among the people who do the nominating. It's a musical about putting on a musical, after all. So it might squeak in there. Shrek? Ugh. I guess you're probably right, though. Yeah, I'd love to see 13 get a best musical spot, too. But it'll probably be Billy, 9 to 5, Shrek and a wild card.

I'm thinking Haydn will be in the lead category. Although you're right, it could go either way. But I think in the story she really is a co-lead with the Billys.