My Broadway year - the downs 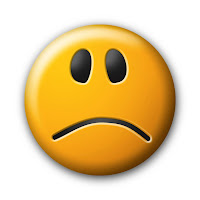 Now that I've praised some of the amazing moments I saw on Broadway this year, I want to take a moment to mention some things that bothered me, as well as one disappointment.

I have a tough time being in any audience because I'm so incredibly easy to distract. I want to be swept into the story and suspend all disbelief but that's tough to do when you end up near someone who shifts around, talks, eats and makes a nuisance of themselves.

It's becoming rarer to find myself in a section filled with people who have respect enough for the performers to not worry about themselves first and everyone else second. I've told people to be quiet many times and it usually works at least temporarily.

A couple of years ago, I went to see The Lieutenant of Inishmore and the bloodbath in the second act was like nothing I'd ever seen. It was shocking but also funny which I think tempered the fact that the entire cast and set was dripping in the red stuff. I wonder how you'd have reacted?

Yah, last night the couple beside me at WSS (yes, again. hehe) apparently wanted to reenact the whole show on their own and basically made out for most of the show. I was annoyed but I think the lady behind them was about to deck them by the end. Somehow ironic for WWS no? (And even more? They spoke Spanish)

But people. Theatre is not the cinemas so keep the heavy petting on stage and not in the seats please!

Hey Dale,
I don't know why, but for some reason I felt more bothered this time by the talking, etc. Maybe people are getting bolder. I think they don't realize that even though they "think" they're talking softly, I can still hear them! Or maybe, sadly, they don't care. :-(

I've heard of the Lieutenant of Inishmore. I don't think it's something I would like. Although it could be that theater blood doesn't affect me as much as movie blood because I really was ok during Macbeth - except for a brief moment when Lady Macbeth comes out drenched in red. It's not quite as larger than life and in your face. Perhaps the part of my brain responsible for squeamishness could tell that it was fake!

Vance,
I totally agree. At the risk of sounding like the old fart that I'm rapidly becoming, I think people don't have any sense of shame anymore, any sense of the proper way to behave in public so that they don't bother other people. That couple should have simply gotten a hotel room and dispensed with the show!