A bravo for Tony Roberts 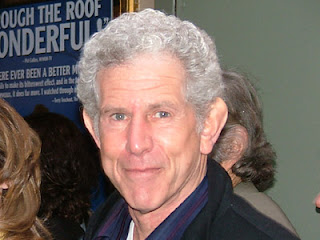 I want to send out a heartfelt bravo to Tony Roberts, who was back in The Royal Family for opening night Thursday at Broadway's Friedman Theatre, four days after suffering a minor seizure onstage.

I'm sure Roberts must have felt a little nervous about being in the same place where he fell ill, but he's a trouper and an inspiration. I'm so glad he's doing well and able to return to something he loves so much.

It would have been completely understandable if the 69-year-old actor had taken a week off after a scare like that, or even left the show altogether. But according to The New York Times, Roberts is back for the duration of the Manhattan Theatre Club production, which runs through Nov. 29.

Lynne Meadow, MTC's artistic director, told the Times, “It was pretty amazing to have him back so quickly, and the audience’s response to him and to the production were ecstatic. It was one of the great opening nights in the theater that I ever attended.”

Of course I know Roberts from his movie roles - Annie Hall is one of my all-time favorite films. He's one of the reasons I'm excited about the Broadway revival of this 1927 play about a theatrical clan.

And even more exciting - I'm seeing The Royal Family on Oct. 22. Did you know that happens to be Roberts' 70th birthday? I just hope it's not a night he decides to take off!
Posted by Esther at 11:45 PM