Today, Fences at the Huntington 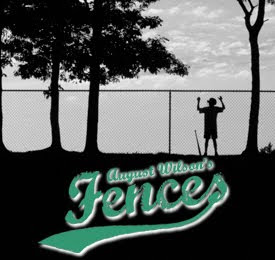 My 2009-2010 theatergoing season kicks off today with a trip to Boston for August Wilson's Fences, at the Huntington Theatre Company.

I saw my first August Wilson play, Joe Turner's Come and Gone, on Broadway in May and I loved it. There's just something about the characters, the storytelling, that I found so compelling. It really drew me in.

Like most of the plays in Wilson's Century Cycle chronicling African-American life, Fences takes place in Pittsburgh. But the story is set in 1957, some 46 years after after Joe Turner's Come and Gone.

Written in 1983 and awarded the Pulitzer Prize for Drama, it tells the story of a former Negro leagues baseball player named Troy Maxson and his family.

The director is Kenny Leon, who worked with Wilson on many of his plays. I didn't realize that the Huntington, too, had a lengthy partnership with the playwright, up until his death in 2005. Here's an interview with Leon from The Boston Globe.

And here's a behind-the-scenes look at the production:

Unusual for me, I've actually tried to exercise some restraint and stay away from the reviews. But from what little I've read, this production is getting some terrific buzz and I'm really excited about seeing it.
Posted by Esther at 1:30 AM