A few things surprised me when I started going to the theatre in New York - and I'm not even talking about the price of tickets to a Broadway show.

One was the fact that very few theatres are located on Broadway. Second, many are fairly small, especially the orchestra sections.

And third, I didn't realize the large role played by three nonprofits: Roundabout, the Manhattan Theatre Club and Lincoln Center. Together, they operate 5 of the 40 Broadway venues. (I'm not sure if Circle in the Square is a nonprofit.) 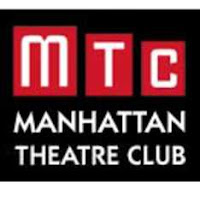 MTC's mission is to produce a season "as broad and diverse as New York itself" while nurturing new talent and reaching out to younger audiences.

Roundabout's mission is to reenergize classic plays and musicals while developing new works to "embody the crossroads of American theatre."

Lincoln Center says it observes the mandate of founder John D. Rockefeller 3rd: "the arts not for the privileged few, but for the many." And it's guided by the motto: "Good Plays, Popular Prices."

For me, it's been a mixed bag.

I loved the Lincoln Center productions of South Pacific, Dividing the Estate and Joe Turner's Come and Gone. I thought Roundabout's 110 in the Shade was really enjoyable and it was my first time seeing the amazing Audra McDonald.

On the other hand, I wasn't energized by Roundabout's Waiting for Godot. MTC's LoveMusik was disappointing, too, but this week they'll get another chance when I see The Royal Family, which has gotten terrific reviews.

(And the tickets don't cost any less than commercially produced Broadway shows, so I'm not sure where that Lincoln Center mandate of arts for the many at popular prices fits in.)

But I'm hardly an expert on this subject, so over the weekend I listened to Downstage Center interviews from 2008 with artistic directors Lynne Meadow of MTC and Todd Haimes of Roundabout.

They were both good although Meadow is more lively, talking about how she caught the theatre bug growing up in New Haven Conn., and her fight to get into Yale Drama School. And they both discussed the balancing act between doing innovative work and keeping their subscribers happy.

Haimes, who comes from a business background, makes an interesting comment about the difference between the commercial and nonprofit worlds. (It's even more interesting considering that Roundabout's Bye Bye Birdie is selling tickets through April despite a critical drubbing.) 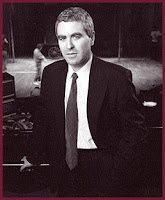 Here's part of what he said:

"And at a not-for-profit I not only feel pressure to have stars but I feel pressure to have stars who are great theatre actors because in the commercial theater - and I won't mention any names - you can get away with having a star who is famous but not a great theatre actor and get bad reviews and sell all the tickets and have it be considred a success because you made money.

I find that quote interesting since various productions that the Roundabout has done recently (like, "Bye Bye Birdie") have been said to have massive problems because they slotted a star into the show and it didn't work.

I also think that quote is interesting because there are some plays that are on Broadway that don't have big names in them but are very successful.

Yeah, I know. I immediately thought about Bye Bye Birdie when I heard him say that! (Although the interview was from last year, pre-Birdie.) And in terms of "stars" are John Stamos and Nolan Gerard Funk big draws?

Roundabout did have a big hit a few years ago with Harry Connick Jr. (and Kelli O'Hara) in The Pajama Game. So maybe that's where the "star" pressure comes from.

They're both very interesting interviews. Sometimes I find the artistic directors can be a bit dry but they were good.

Thank-you very much for filling me in.

Yah, considering how expensive Lincoln Centre prices are, I kinda laughed at their mandate. They also too the longest to even implement a student rush, one that most other commercial theatres have. (Oh sure, they have a student membership but it's been "full" for years and not taking anyone new).

I think Roundabout is just currently having a bad run of things. For a while, they had long running Cabaret and then added Assasins and other things, and Stamos and Gershon had good reviews in previous works, it just seemed to not work out this time.

That's interesting about Lincoln Center. Yeah, I guess they have moved far away from their mandate! What would John D. Rockefeller say?