First, there's an interview in The New York Times with Stephen Sondheim in which he discusses the trend of producing his work with small orchestras, notably the current Broadway revival of A Little Night Music. 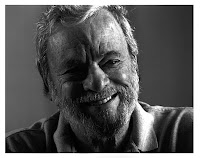 Sondheim admits that a part of him misses “the big swells from larger orchestras.” Still, he sounds philosophical. “I’m just pleased that somebody wants to do it, and that it gets a chance to be seen again, especially since some of these shows had very limited runs the very first time out."

I love the sound of a big orchestra as much as the next person but as someone who'd never seen a production of A Little Night Music before, I was captivated. Maybe I don't know what I'm missing but I'd rather see it with a small orchestra than never see it at all.

(Sondheim also did an hourlong interview with the American Theatre Wing's Downstage Center program, which I'm eager to hear.)

Two of my favorite plays of the fall, Tracy Letts' Superior Donuts and the revival of Neil Simon's Brighton Beach Memoirs, didn't get the runs I think they deserved. So this New York Post interview with Matthew Broderick struck a nerve. 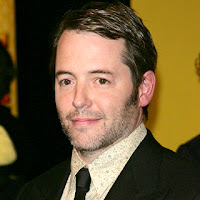 "That Brighton Beach Memoirs didn’t run longer frightened a lot of people. It got good reviews, and that’s what was even scarier. Our play [The Starry Messenger] got really good reviews, and we’re having trouble moving to Broadway. I don’t think we will. I guess people want a really sure bet when they spend money on a ticket. With limited funds to go around, I guess they say, “I’ll see Phantom.''

What Broderick says isn't new but that doesn't make it any less sad.

It's interesting that two of the most highly anticipated Broadway plays this spring are contemporary American dramas penned by non-Americans: A Behanding in Spokane by Irishman Martin McDonagh; and Enron by Lucy Prebble, who's British.

On the other hand, I am looking forward to Next Fall by American playwright Geoffrey Nauffts, which received good reviews off-Broadway and begins previews next month at the Helen Hayes Theatre.
Posted by Esther at 10:00 AM

And "see Phantom" they do -- 44th was packed Saturday night when we got to Angus. Tourists want a sure thing for a $100+ evening, and I guess I can't blame them for that, but it's pushing me further & further off Broadway when I go to the theater.

I guess as a tourist, I'm torn. I like seeing the new shows that open on Broadway. But last year especially I felt like I missed so many plays off-Broadway that in retrospect sounded more interesting.

The thing is, the tourists are seeing "one" show, not six like I do when I come to New York for a long weekend. And to a lot of people, Broadway equals a musical.

It's too bad they won't give plays a try. I sent three people from work to Superior Donuts and they all loved it. But they're semiregular theatregoers to begin with.