Taking the kids to a show

I had a conversation with a friend the other day that warmed the cockles (whatever they are!) of my theatre-loving heart. 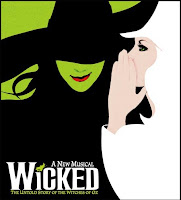 Her husband took their young daughter to see Wicked and they both enjoyed it immensely.

It made me happy not only because they loved a musical that I love but because she was the right age (she's 8 or 9) for the experience. Someday, when she's a veteran theatergoer with a blog of her own, she'll be able to recall that magical evening with her dad.

Coincidentally, the Hartford Courant's Frank Rizzo has a very informative article on what parents should consider before buying a theatre ticket for their child. There's a helpful list of tips and some great examples of "first shows" for the kids.

He makes an excellent point: while some shows have kid components, "that in itself is not enough to entertain the littlest theater-goers. (The first words that come out of the title character's mouth in Billy Elliot are expletives; The Secret Garden might be a bit dark for small children; there are Nazis in The Sound of Music.)"

And it was encouraging to read that two of the people behind some of the most popular musicals make the point that age recommendations are there for a good reason. 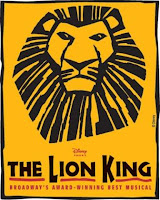 Rizzo interviews Thomas Schumacher, president of the Disney Theatrical Group, who remarks that it's not uncommon to see children as young as 6 at the musicals The Lion King and Mary Poppins, even though they both run about 2 1/2 hours.

"That's kind of pushing it," Schumacher says. "First of all, they can't see very well, even with booster seats. But it's not just that. These shows are not designed to keep their extraordinary minds interested."

I have to agree with Schumacher. The Lion King can be a great choice to introduce your child to the theatre. But when I saw it on Broadway there were definitely children younger than 6 and they definitely had a difficult time staying focused on the action on stage. 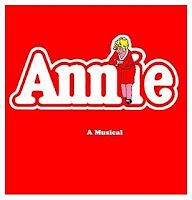 I've written about the wrong age to take kids to the theatre - like the two toddlers in front of me at Annie. (I can't really say they sat in front of me because I don't think they ever actually sat in their seats.) I'm thinking this happens a lot, too, where the children are so worn out by curtain time that the musical becomes a rather expensive nap.

I guess my view is in line with David Stone, a producer of Wicked, who advises that 8 and up is a good age to see the musical. He said, "I want [children] to go when they can really enjoy it, when the theater event can be really memorable."
Posted by Esther at 9:12 AM