Kennedy Center asks what it can do

Kudos to the Kennedy Center for a new project designed to help struggling nonprofit arts organizations - which these days probably includes just about all of them. Arts in Crisis will offer free, confidential emergency planning assistance to eligible groups nationwide. 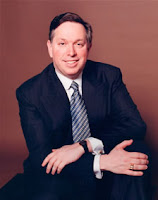 "These are times of economic crisis and as the nation's center for the performing arts, we wish to help," said Kennedy Center President Michael M. Kaiser. "If any arts organization in the United States believes we can assist, the senior staff of the Kennedy Center and I offer our collective skills. We are at your service."

That is so nice to hear. I think it's great that the Kennedy Center sees its mission as promoting and assisting the arts nationwide - not just in its home base of Washington, D.C. I figure a little free advice can't hurt and the Kennedy Center has experience - it helped the Louisiana Phiharmonic recover after Hurricane Katrina, for example.

The initiative's $500,000 budget is being paid for by Miami philanthropist and businesswoman Adrienne Arsht and Kennedy Center trustee Helen Lee Henderson. Kaiser tells The Washington Post that the money will go toward administrative costs, including travel for members of the organization seeking assistance to come to Washington or for Kennedy Center staffers to make an on-site visit.

Organizations - including theatre companies, dance troupes and operas - can apply online to receive advice in fundraising, building a more effective board of trustees, budgeting, marketing and other areas.

Kaiser wants to establish a volunteer corps of arts managers nationwide so that organizations can be matched with mentors in their geographic area. Other help can come through e-mail, by phone or in live Web chats.

He told the Post that his main concern isn't smaller organizations, which have always had to struggle, but with efforts at downsizing that are simply misdirected. "I'm worried that people are cutting the wrong things first, and that makes it much harder to compete for funding," he said. "Those who cut the programming first wouldn't look as attractive to the funders."

Arsht, who gave $30 million last year to help turn around Miami's performing arts center, says ''All the arts organizations are cutting in different ways. The key . . . .is how you cut and [to] not cut back on your artistic quality. . . . In the ballet, if you're doing Swan Lake, you can't say, `OK, this year instead of doing 30 swans, we're doing 15.' ''

According to Kaiser, part of the impetus came from the new administration in Washington. "This is in the spirit of President Obama saying we have to volunteer and get involved.''
Posted by Esther at 9:45 AM