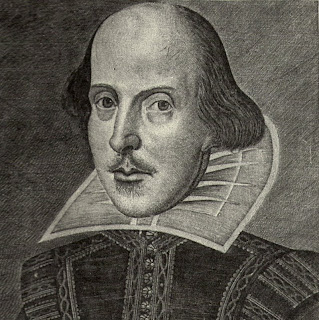 The Playgoer, always on the lookout for interesting stories from across the country, found one in the Denver Post, where John Moore wrote about the Denver Center Theatre Company's practice of scheduling plays by "slots" i.e., the black play, the woman's play, the Latino play.

Moore argues that it can end up seeming condescending to the very audience the theatre is trying to attract. (Okay, we've given you your "black" play during Black History Month, now we can forget about you for the rest of the season.)

But he admits that the alternative hasn't worked out very well. For years, the Denver Center Theatre had pretty much ignored the city's large Hispanic population and Latino theatergoers felt the doors were closed to them.

"I do think of it as a slot in our season but I think that's a positive,'' says artistic director Kent Thompson. And Moore notes that many of the works from Latino playwrights are commissioned by the theatre, which is great.

Honestly, those slots don't bother me, as long as they're worthwhile plays. I like seeing diversity built into the schedules of regional theatres. We should have more plays by blacks, women and Latinos. And I've written before that as an audience member, I want a balanced season - between new works and classics, comedies and tragedies.

However, when I first read this story I was thinking, there is one slot I could do without. I know this is blasphemy, but it's the Shakespeare slot. My eyes glaze over when I see Shakespeare on an upcoming schedule.

It's not out of a lack of interest - he covered some pretty universal themes, after all. Over the past few years I've seen Hamlet, Richard III and Macbeth. They're usually nice to look at - interesting scenic design and special effects and menacing villains.

But it's been a long time since high school and I just don't find the language very accessible. It's often difficult to figure out who's who and what's going on without some preshow preparation. I don't mind being challenged when I go to the theatre. But I don't feel I'm getting as much out of Shakespeare as I should.

Last fall, I wrote about Seattle theatre critic Brendan Kiley's list of 10 things regional theatre companies must do to save themselves. Kiley, who writes for Seattle's alternative weekly, Stranger, put this at the top of his list: "Enough with the ********* Shakespeare already."

In fact, he called for a five-year, nationwide moratorium on all productions of Shakespeare, arguing that the Bard has become a crutch theatre companies use when they're timid and have run out of ideas.

Okay, maybe that's a little harsh. I understand that some theatres are pretty much obligated to do Shakespeare. Trinity Repertory Company, as part of its Project Discovery educational series that brings schoolchildren to the theatre, alternates Shakespeare and classic American works.

And there's probably a part of the adult audience that wants to see the Bard, too. Next season, Trinity Rep is doing Twelfth Night. I might go. I'll just make sure I do some homework beforehand.
Posted by Esther at 12:30 PM

I LOVE Shakespeare. I've seen several of Trinity's summer
Shakespeare (outdoor) performances and I always love them. Surprisingly my kids even like it! For some reason the language has never been a problem for me. I even LOVED Shakespeare in HS and took a full year of it in college. One of my most difficult but enjoyable classes. But, I can completely see how I am in the minority here. And pre-show prep is probably not a bad idea, even for a Shakespeare-ophile (how's that for a made up word?) like me.

Mine eyes glazeth over with thee.

Thanks for the comment, Pam. I think it's wonderful that your love of Shakespeare has rubbed off on your kids!

I saw Hamlet and Richard III at Trinity. Before Hamlet, I bought a copy of the play that had a modern text on one side and the original on the facing page. It helped a lot!

My daughter is reading Macbeth for school right now and she has one of those same books with a modern translation facing the original text. I sure do wish they had those when I was in school (or that I was aware of them). Crazy as this sounds, I've been thinking about buying those to add to my "library".

I don't think I would have gotten as much out of Hamlet without being able to read it in modern English. And when I saw the play, it just made it so much easier to follow.