My Hair collection is growing 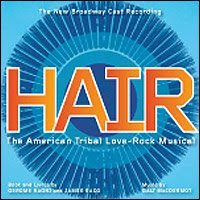 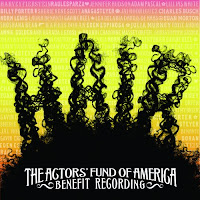 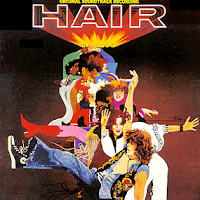 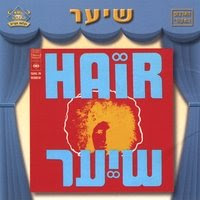 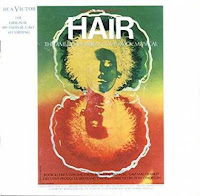 I'm really excited that the Broadway revival of Hair is getting a recording.

According to Playbill, the cast heads to the studio on April 6. There's no word yet when the Ghostlight CD will be released but apparently they're putting it on a fast track.

When it comes out, I will have five recordings of Hair. Here they are: the 1968 original Broadway cast, the 1970 Israeli recording in Hebrew, the 1979 movie soundtrack, the 2005 Actors' Fund benefit recording featuring an all-star cast of Broadway performers and the soon-to-be-released 2009 revival.

I hope that's not the actual cover art, though. Frankly, it's not very appealing. The original is a classic but I'm kind of partial to the Actors' Fund artwork.

I think that's the most I own of any musical. I have three versions of Sweeney Todd, three of Evita and two from lots of other shows - most of which I've acquired over the past two years. But five will definitely be a record!

Hair opens tomorrow night at the Hirschfeld Theatre. The original Broadway production opened on April 29, 1968. In his review for the New York Times, Clive Barnes alluded to some of the more controversial aspects of the musical:

"Since I have had a number of letters from people who have seen previews asking me to warn readers, and, in the urbanely quaint words of one correspondent, "Spell out what is happening on stage," this I had better do. Well, almost, for spell it out I cannot, for this remains a family newspaper. However, a great many four-letter words, such as "love," are used very freely."
Posted by Esther at 8:10 PM

Although I kinda wish they had an official recording from last summer with Jonathan Groff and Patina Miller, but I'm excited about the new one nonetheless.

I surprisingly have a lot of HAIR recordings, too. Though not as many as you. And the Israeli recording??

I prefer the movie recording for some reason. Maybe that reason is Nell Carter? Dunno.

The most cast recordings I own of a show (legit recordings, no coughbootlegscough) is Sunset Boulevard. London, American, German, Canadian, Australian, First American Tour...and some others...

Wow, I've never listened to Sunset Boulevard. I'll have to check it out. Yes, we won't mention those cough bootlegs cough. ;-) But I know what you mean, when it's a show you really like, it's hard to resist. So I just give in.

I saw Fiddler on the Roof in Israel about 10 years ago. There was a production of Hair at the time, too. Sadly, I wasn't able to see it. But I found both recordings online after I came back to the United States. Those are actually the only two non-English cast recordings in my collection - so far!

Someday I'm going to make some iPod playlists with every version of the songs from Evita or Sweeney Todd or Hair grouped together, just for comparison.

Yeah, I love Jonathan Groff from Spring Awakening. I wish he were doing Hair on Broadway. But I guess a recording wasn't economically feasible.

I have to clarify: I'm not proud of all my Sunset recordings. It was a phase. The show is kinda crappy. ALW, you know.

The German cast recording with Helen Schneider is my fave, however. :)

Hey, that's okay. I still have all of my record albums and if you were to look through them, you'd find some very interesting phases. ;-(