So Phylicia Rashad is taking over the role of acerbic, pill-popping matriarch Violet Weston in the Broadway production of August: Osage County starting May 26. She'll replace Estelle Parsons, who will be part of the Tony and Pulitzer-winner's national tour this summer. 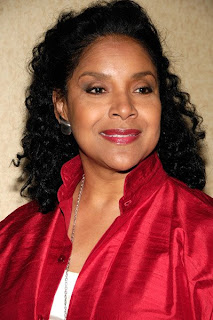 I only know Rashad from The Cosby Show and A Raisin in the Sun on television. I can't say whether this is an inspired move on the part of the producers or a misguided piece of stunt casting.

And I know the audience might find it difficult to suspend disbelief having a black actress on stage with white children and a white sister. It might make August: Osage County seem primarily about race when it's not about that at all. (Update: Ok, there is a Native American character and it is partly about race. I've only seen the play once and that was 18 months ago, so I'll admit I've forgotten Violet's racially charged dialog.)

Still, I do find the prospect of an African-American Violet Weston intriguing. And Rashad is a veteran stage actress, winner of a Tony for her portrayal of Lena Younger in the Broadway revival of A Raisin in the Sun.

Over the past couple of years, I've seen quite a bit of colorblind and nontraditional casting. Trinity Repertory Company has a tradition of doing it, so I've seen plays with women in roles that have been written for men and African-American actors playing historical figures who were white.

On Broadway, I saw Audra McDonald in 110 in the Shade and she was wonderful. The fact that white actors played her father and one of her brothers didn't bother me at all. Maybe because it was a musical or the story, involving a mysterious stranger, had a fantasy quality, but I thought the colorblind casting worked.

With August: Osage County, the aspects of Tracy Letts' play that were the most memorable were the ones about family: the relationships between parents and children, between husband and wife, and among siblings. What makes this family interesting is their history - the secrets they keep, the things that bind them together and tear them apart.

When it works, nontraditional, colorblind casting offers an opportunity for actors and the audience to stretch themselves. Whether it'll work in this case, I don't know. But if Rashad can pull it off, more power to her.
Posted by Esther at 8:30 AM

She's not my favourite actress but I've gotten more used to the non-traditional casting as well. Sometimes it just doesn't seem to matter but occasionally, it can be distracting. I wonder then if I'll see Estelle Parsons when it comes to Toronto next season.

Whether it's non-traditional, colorblind casting or whether the producers decide to pull a David Merrick and hire an all black cast (it seems it could theoretically go either way right now), I think it will still work quite well.

You could be purple and still be prejudiced and racist. Phylicia's skin color has nothing to do with the role. She is a top rate actress and I've seen her enough on stage to know that she can do this.

Thanks for the comments! I'm kind of curious how much input the playwright has in a casting decision.