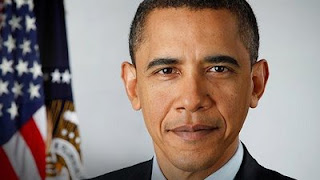 Starting today, we must pick ourselves up, dust ourselves off, and begin again the work of remaking America.
President Barack Obama

What a dramatic day in American history. What struck me was his youth - and my age. For the first time, I'm older than the president of the United States. How did that happen?!

Okay, the big screen wasn't quite as big as I thought it would be, but it was still fun to watch the Inauguration in a theatre with a few thousand people. The place was pretty packed. An adorable group of preschoolers walked up the aisle each holding hands with a buddy.

We stood up and cheered at the first sight of Obama. We sat down when the announcer at the Capitol asked us to please take our seats. We applauded during his Inaugural Address. People hugged each other and took pictures. It was just like being there, only we were warmer and had a better view!

I agree with my friend Dan at Media Nation. While I want to listen to it again, I thought Obama's speech was pragmatic rather than soaring. It was very sobering. The emphasis was definitely on how the country is in crisis and the difficult road we have ahead of us as a nation. But we've been in tough situations before and we've persevered and we will once more.

Probably the best comment I've read so far was from former Nixon speechwriter William Gavin in The New York Times:

"The setting — the first African-American standing there in the bright winter sunshine as our new president — had an eloquence all its own. I think we will remember this occasion more for the man who gave it than for the words he said. He could have stood there for 20 minutes of silence and still communicated great things about America."

Still, there were some nice phrases in the speech:

"The nation cannot prosper long when it favors only the prosperous."
"As for our common defense, we reject as false the choice between our safety and our ideals."
"We will not apologize for our way of life nor will we waver in its defense."
"For we know that our patchwork heritage is a strength, not a weakness."

Lots of work to do and I have confidence. But for today - President Barack Obama. Wow.
Posted by Esther at 1:57 PM